Sättna air field (Flygfält Sättna, also known as Flygbas Sättna, Fält45 Sättna or F45 Sättna, ICAO: ESNT) was an airfield in country
The airfield was built in 1964 as a BAS60 standard airfield.
It consisted of a single runway with dispersals on both ends and living facilities for 60 men.
Initially the airfield operated Saab J29 of the 41 Jaktdivisionen.
In 1967 they were replaced with Saab J32 Lansen of 42 Jaktdivisionen, which remained until the early 1980s, when the JA37 Viggen was introduced.


No photos of the airfield while in use have been located


Alledgedly, Sättna held its last base exercise in 1988.
In the early 1990s it was decided to turn Sättna into a satellite of Kubbe air base.
In 1996 the decision was made to close the base.
It was sold intact (airfield, surrounding lands and barracks) to a local motorsports club.
Twice a year they hold dragraces on the runway, which is now known as the Sundsvall Raceway.
Other uses include vehicle training for police, fire department and ambulance crews. 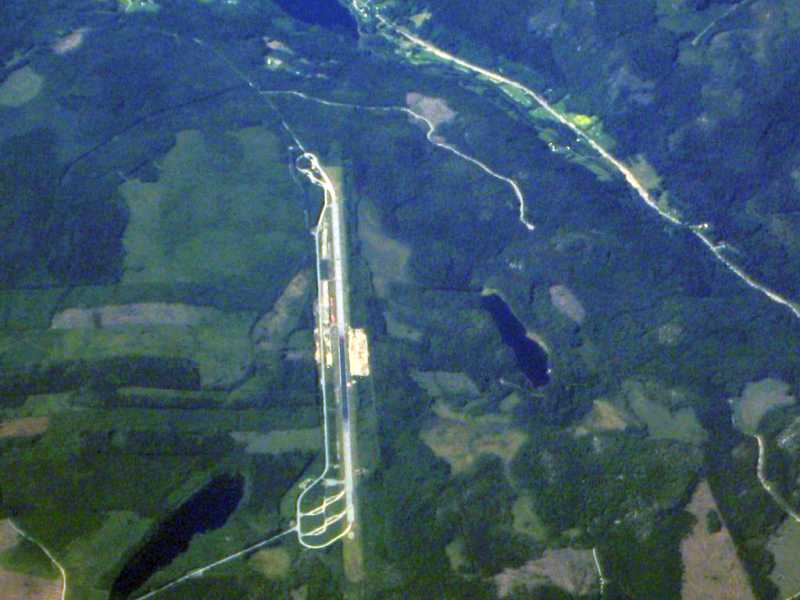