Skarpnäck airfield (Swedish: Skarpnäcks Flygfält) was an airfield 10km south/east of Stockholm.
It was constructed on an area known as Skarpnäcksfältet around 1940. Originally intended to be a reserve airfield for the military, those plans were soon abandoned and in 1943 it was rebuilt into a full air base. 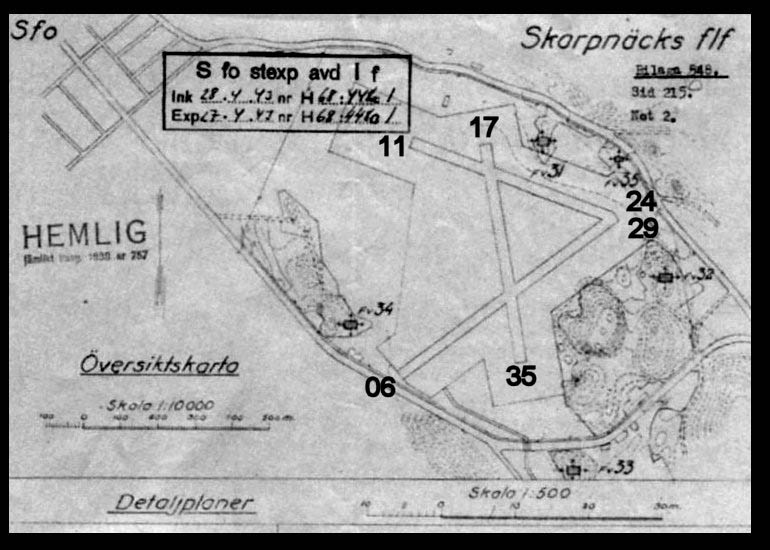 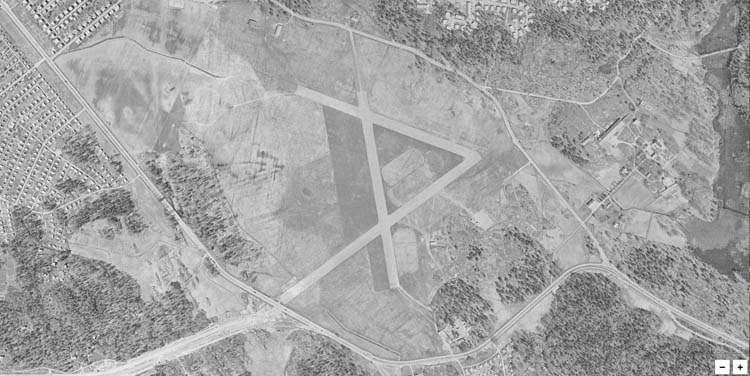 undated but early photo of the airfield (via Per Jelkne)

After the Second World War had ended, the airfield was commonly used for other activities, including balloon flying, races (such as the 1948 Stockholm Grand Prix), baseball and greyhound racing 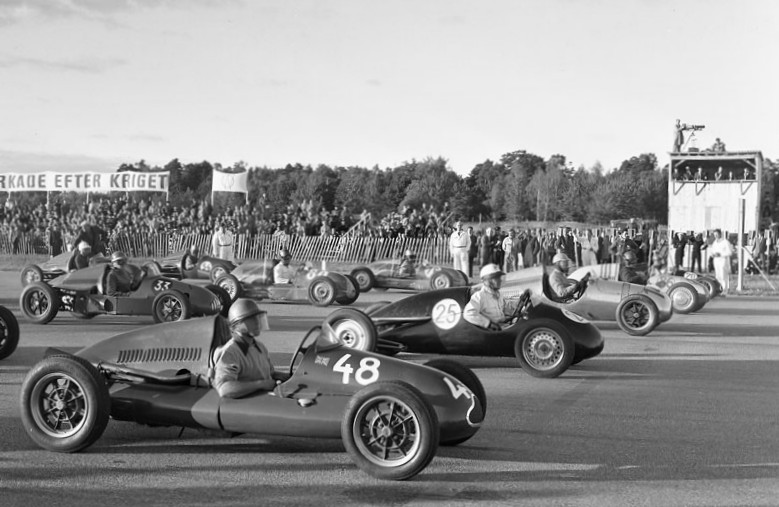 The airfield became a centre for alternative society movements. In August 1950, the International Union of Socialist Youth, together with the Swedish Social Democratic Youth Association, organized a week-long international tent camp, in which Tage Erlander (prime minister of Sweden) participated.
In 1952 the airfield was used as an auto racing circuit for the 1948 Stockholm Grand Prix, a Formula Two race. The following year the Swedish Summer Grand Prix was held here. Automobile Races were held on the airfield the following years as well (Wikipedia). 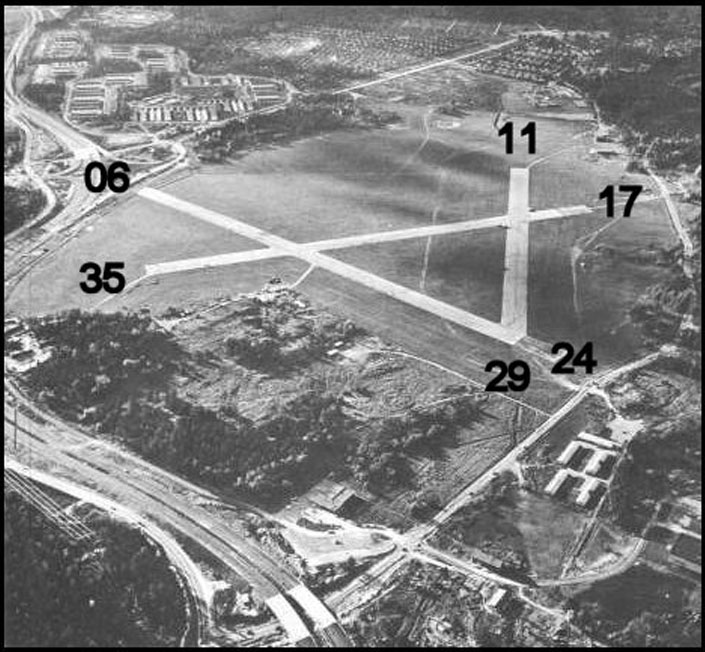 Aerial photo of the airfield in 1967 (via Per Jelkne).

. During the United Nations environmental conference in 1972, which took place in Stockholm, thousands of hippies, environmental activists and leftist activists gathered in a large tent camp at Skarpnäck Airfield, organized mostly by the Hog Farm and other Woodstock veterans. This also became a large musical event, with progressive artists like Peps Persson, Kebnekajse, Blå Tåget and Träd, Gräs & Stenar playing. 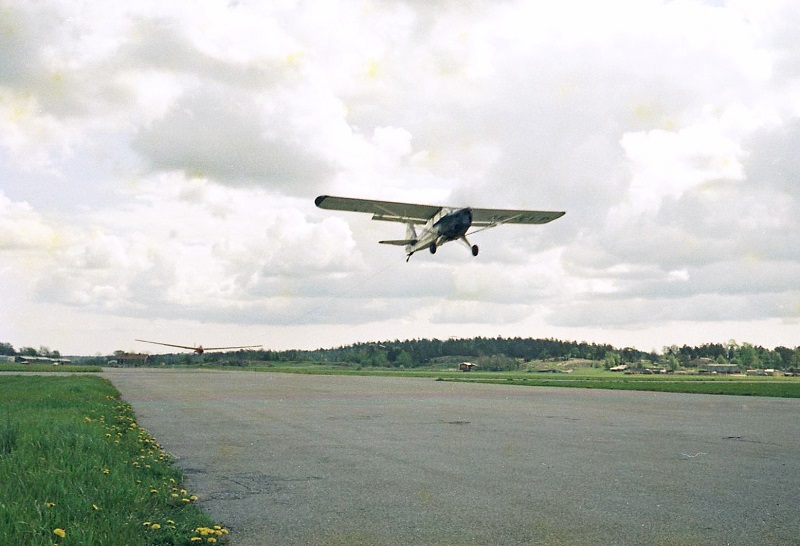 1972 -  Sailplane activity at the airfield (Wikipedia)

In September 1980, the Stockholm Municipality decided that a large residential area called Skarpnäcksstaden (English: The Skarpnäck City) would be constructed on the airfield. The baseball and greyhound-racing facilities remained and were included in the new residential area, but the greyhound-racing was closed in 2006 in favour of a football field of artificial turf.

As a result of the decision, the airfield was closed in 1980.

Thanks to Per Jelkne to pointing out this airfield.

Most of the texts are from wikipedia.