Sommervieu airfield (Advanced Landing Ground B-8 Sommervieu) was an airfield on the Normandy beachhead in France, 2 kilometers northeast of Bayeux.
The airfield was completed on 22 June 1944.
The airfield was used by 39 Recce Wing (400 and 168Sqn) and 145 Wing (74, 329, 340 and 341Sqn).
145 Wing was tasked with patroling roads in front of the beachhead and attacking german vehicles, troop concentrations and weapons. 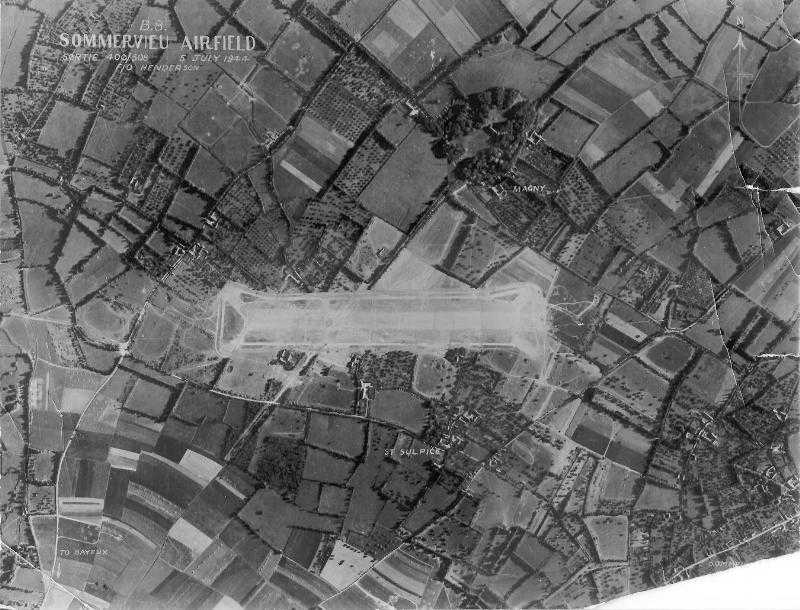 Pilots of No. 168 Squadron RAF relax under an apple tree at B8/Sommervieu, Normandy, during a break from operations. Their North American Mustang Mark Is can be seen at dispersal points in the background.
(Royal Air Force, 2nd Tactical Air Force, 1943-1945 © IWM (CL 370))

After the advancing Allied Armies moved east into Central France, the airfield was closed. The airfield was dismantled and returned to the original owners. By the end of August 1947 the airfield had nearly completely disappeared.

In aerial photography from 2004 the area looked just like any other area in the region. 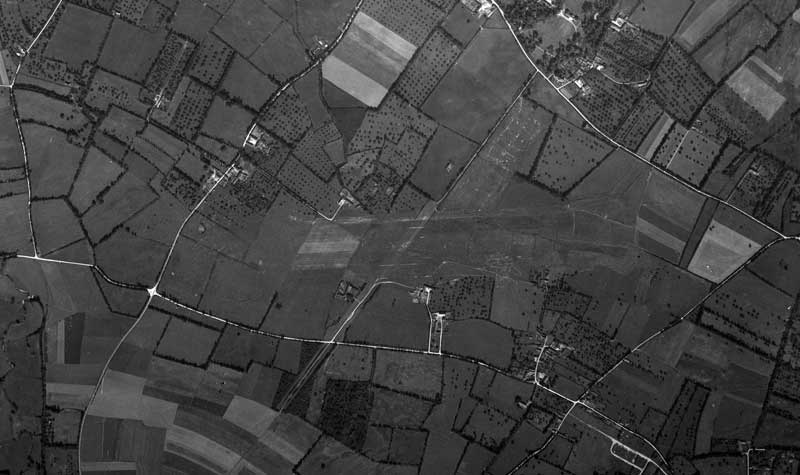