Sommesous airfield (french: Aérodrome militaire de Sommesous) was an airfield 140 kilometers east of Paris, France.
From September 1921 to June 1939, the aerodrome of Sommesous was listed regularly in the overview of military aerodromes in France. Initially as a military aviation center with landing grounds. Lateron it was still listed as a military aerodrome, but one where civilian planes could land.

No pre-1938 imagery was found because of the military destination of the airfield. 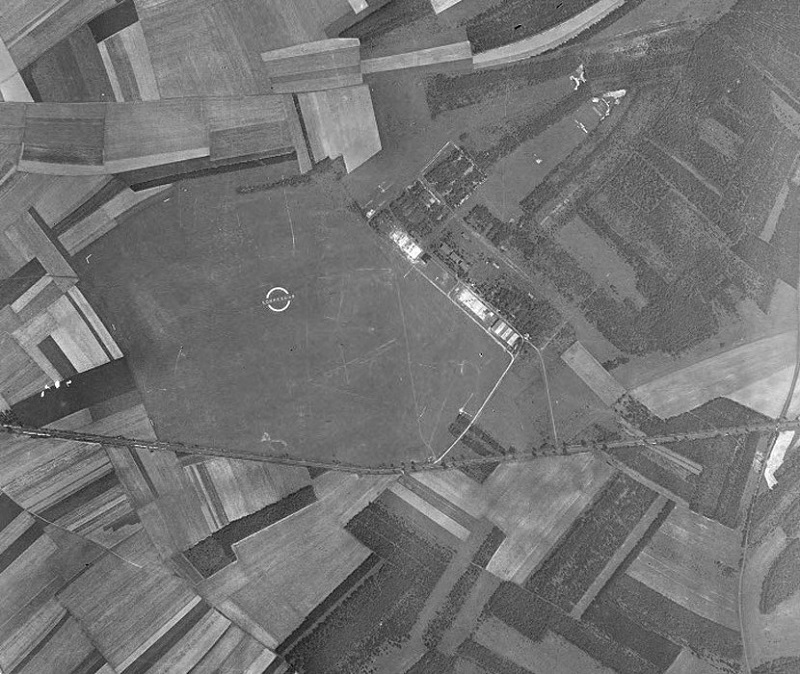 1938 - aerial view of the terrain with the name of the airfield surrounded by two concrete semi-circles, characteristic of French airfields. (ign.gouv.fr)

By decree of 6 February 1947 Sommesous was permanently classed as a public aerodrome but prohibited for use by the CAP (Civil Aviation Private), because of the poor conditions of the airfield.
The aerodrome was definitively closed to all military traffic at the end of 1947 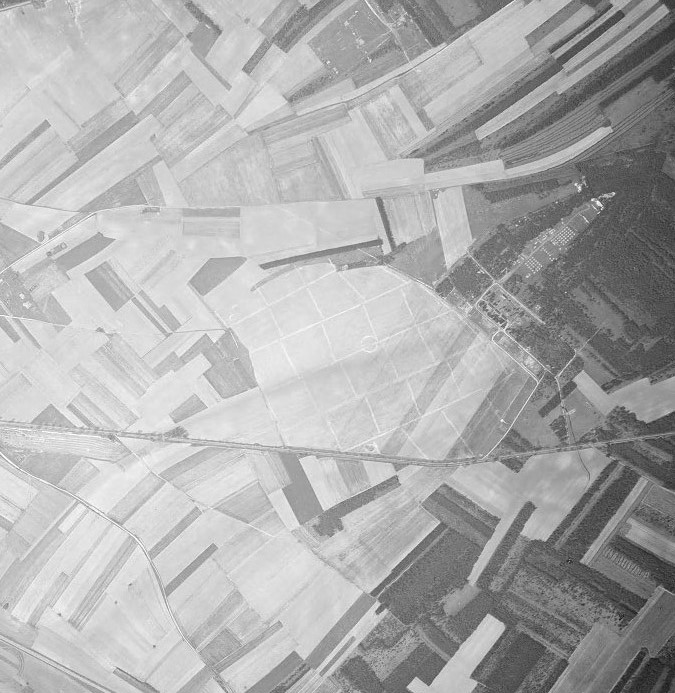 1953 - Six years after the airfield had been closed. (ign.gouv.fr)
The hangars have disappeared. Only the concrete name remains visible. 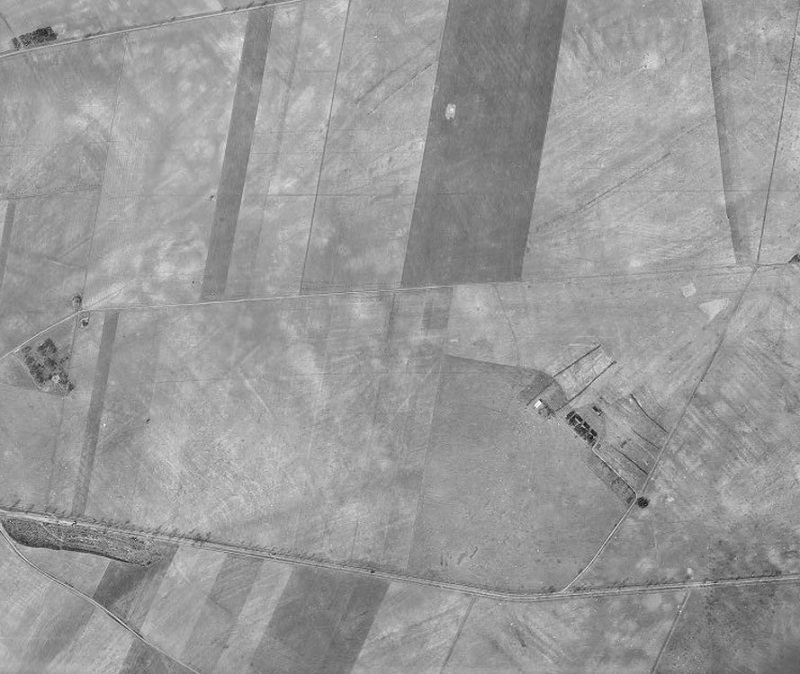