Airfield Souburg, or airfield Flushing (Dutch: vliegveld Souburg or vliegveld Vlissingen) was an airfield between the towns of Souburg and the city of Flushing (Dutch: Vlissingen) on the island of Walcheren in the southwest of the Netherlands. Because its main gate was on the municipality of Souburg the airfield was called after that town, but it was generally known as the airfield of Flushing.
Souburg was built during the Great War (World War I) when the Netherlands Government realised the strategic position of Flushing (it controls access to Antwerp) required an airfield. The airfield required enough room to provide for aerial border patrols, but also to serve as an emergency field for aircraft that got lost over Belgium, one of the major battlegrounds of the Great War. During the war many aircraft got lost over the province of Zeeland. Souburg was to provide ample storage for these diverting aircraft.
As early as in 1916 the Netherlands Navy realised the importance of the airfield and its key role in the defence of the naval port of Flushing, so they took over command from the army. The navy built a small improvised shack to protect its single seaplane, and began looking for a more definitive solution. Construction of a larger more permanent shelter had already begun when the war ended in 1918. 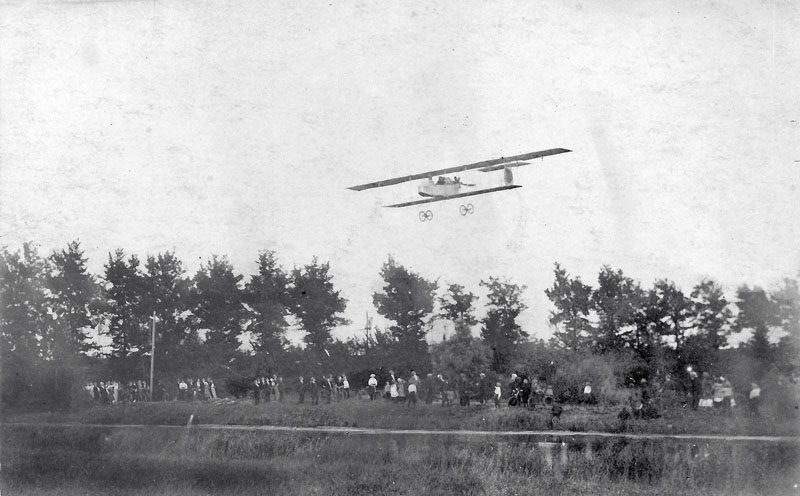 A Farman F-22 trainer over Vlissingen-Souburg in 1917 (NIMH) 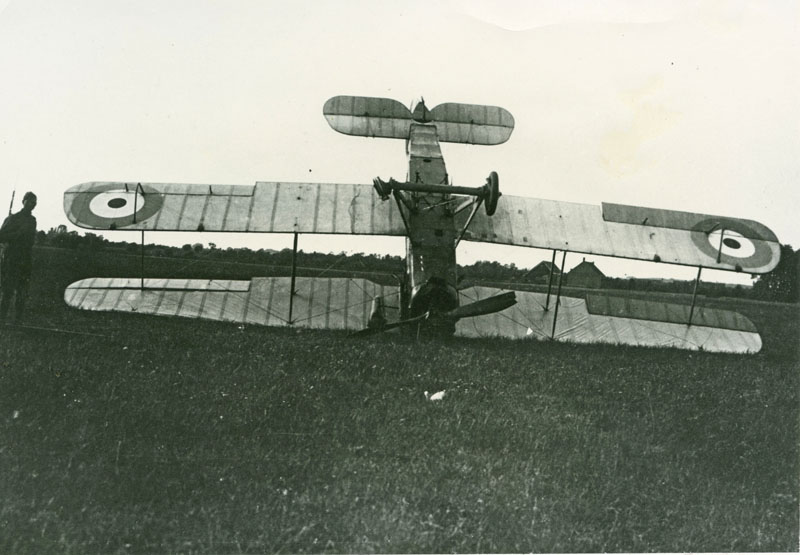 De Havilland (Airco) DH.4 'A7935' of 217 Sqn Royal Air Force aftere a failed landing at Souburg (Vlissingen) on 17 June 1918. After the 'landing' the crew, lieutenants G.B. Coward (flyer) and J.F. Reade (observer) were interned, as the Netherlnads were stirctly neutral (NIMH).

The mayor of Flushing played a key role in developing the airfield after the war. As early as 1920 he contacted KLM to propose Flushing as an intermediate landing site for the KLM line to London. In the meantime the name of the airfield was causing trouble. While the navy insisted on calling the airfield Souburg, as that was where the main gate was, the mayor of Flushing pointed out that nearly 99% of the total airfield lied in the municipality of Flushing. As Flushing was set to win a lot by having an airfield called by the same name, he made quite a point about it. The mayor won the argument when in 1922 the navy staff settled for the name Flushing, but a stubborn photographer and the Dutch Mail kept referring to Souburg, causing a lot of confusion that lasts on until today. By 1926 the airfield had grown into a combined civilian/military airfield, complete with markers, lighting and station buildings. It took until the 1930s however before KLM picked up the old idea of a domestic line however. The airfield was a busy place, serving as a landing site for the KLM line Rotterdam Waalhaven - Haamstede - Flushing - Knokke (Belgium) - Ostend (Belgium). Traffic continued to grow, by 1934 passenger numbers reached 11,000, and 1889 aircraft (770 of which are KLM) landed at the airfield. 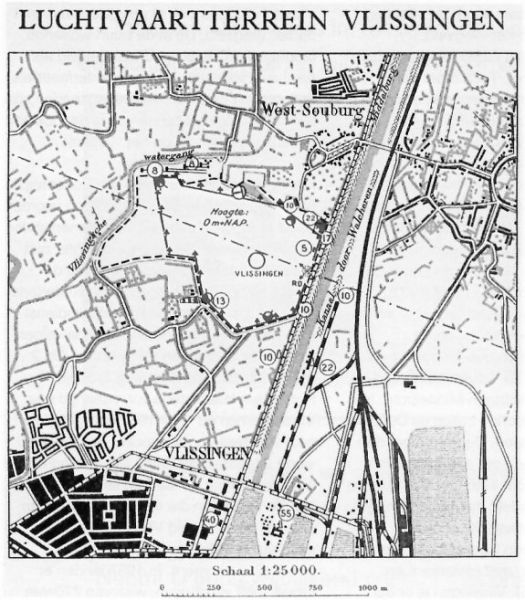 On 22 August 1939 events took a turn however. The Netherlands prepared for war, and began to mobilise their forces. Flushing airfield was transferred to the Army Air Force who set up a flying school at the airfield. When the Germans invaded the Netherlands Flushing escaped with some minor scratches: some machine gun fire from passing Messerschmidts on 10 May, and that was all. During the 5 days that made up the invasion, not a single civilian or military died. By the end of the 14th the 23 training aircraft left for France, ending up in Berck-sur-Mer with only 19 aircraft. 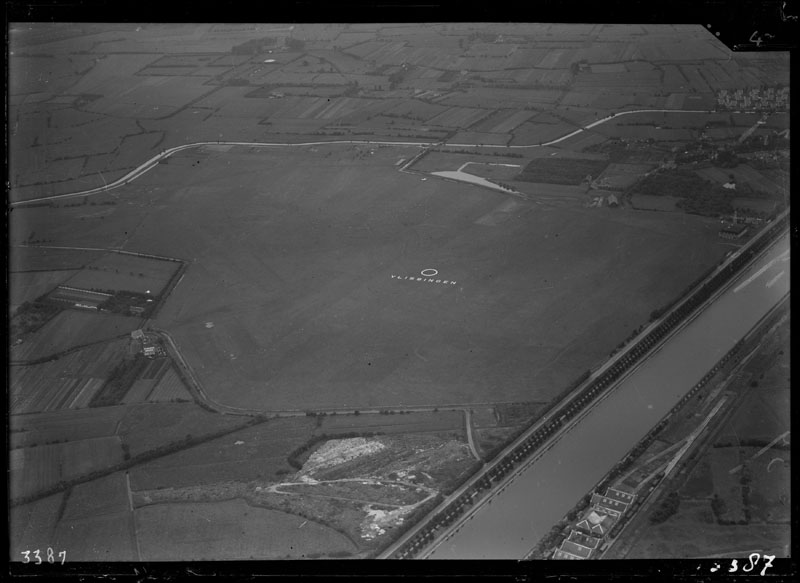 Today there are no visible traces of the former airfield at Flushing/Souburg.