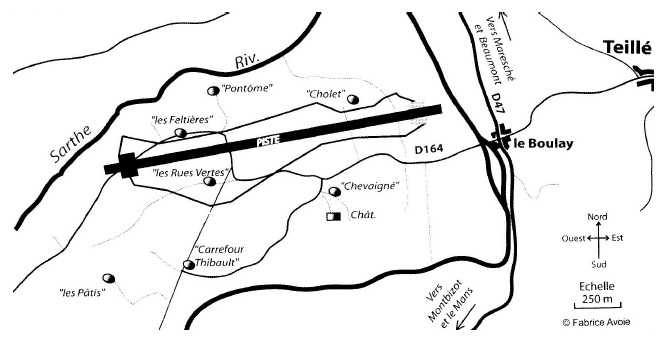 Map of St. Marceau airfield as it was in 1944
The airfield finally closed on 20 November 1944. It was dismantled and returned to its original owners. Today, the lands are built over with the A-28 highway between Le Mans and Le Havre. The remainder is for agricultural use. Nothing remains of the former airfield. 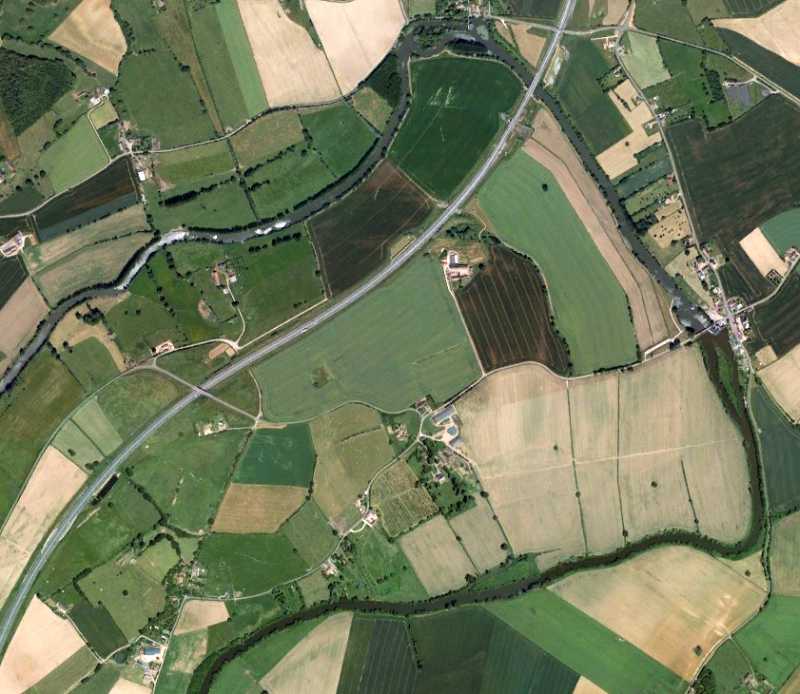 The location of St. Marceau airfield in 2005 (Google Maps)
contact us about this airfield