Saint Hubert Air base (French: Base Aerienne St.Hubert, ICAO: EBSU) is a NATO reserve air field, built in the early 1950s at the request of NATO.
It is owned and operated by the Air Component of the Belgian Armed Forces, even though it does not have regular operations at the airfield.  The airbase is a 'bare base' facility, has no parallel runway, hardly any infrastructure and only two medium sized hangars in addition to very limited parking facilities
All Belgian reserve air bases were built by order of NATO between 1950 and 1955, either by upgrading existing airbases, or building completely new ones. The runways at these airfields were extended (existing bases) or newly built to NATO standards. Their runway length was to be 2400meters with a preference for an emergency parallel runway (23 meter width) of the same length. NATO minimum for the back-up runway was 2000 meter.
Later, between 1958 and 1961, the main runways of operational bases were lengthened to 10.000 ft class (around 3000meters) with the addition of so called overruns, but this did not happen to all reserve air bases. Saint Hubert reserve Air base was lenghtened by only 400meters.
St. Hubert served as a dispersal airfield for the Canadian squadrons operating out of Grostenquin Air Base in France. The Canadians took their Canadair Sabres to St. Hubert annually, at least between 1959 and 1966.


F/O Ross Graham climbing into the cockpit of his Canadair Sabre at St Hubert in July 1962 (Hans VanLeeuwen, via the now defunct grostenquin.org).


1971 map of both St Hubert airfields; the reserve air base and -top left- the civilian airfield  (the late Ren L'Ecuyer, via the now defunct grostenquin.org).


St. Hubert in 1992 (the late Ren L'Ecuyer, via the now defunct grostenquin.org). 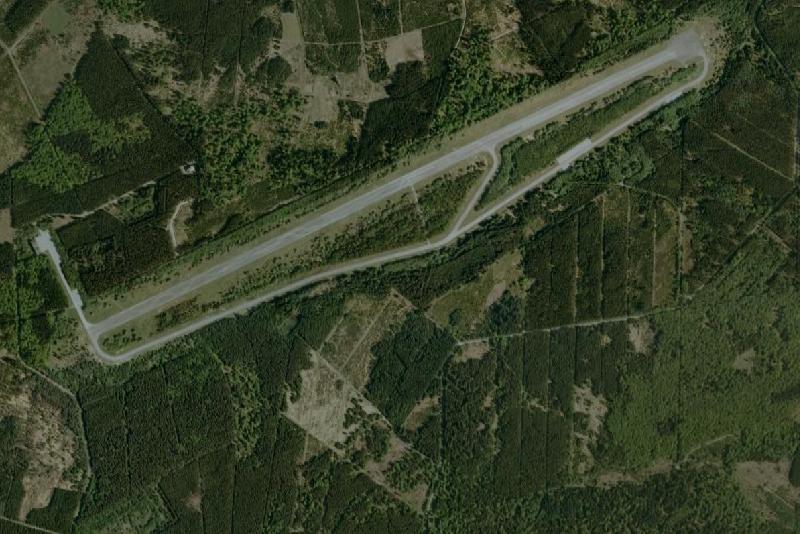 On Boxing Day 2011 Ivan Janssens from Belgium emailed me with an update on the airfield:
In 1983 I spent a full month at the air base as part of my mandatory military service. I served my service at Brasschaat Air Base (EBBT) where student pilots were taught on Alouette II helicopters. Because their training involved a tactical phase (Vol Tactique, or VolTac) the base moved to the reserve base at St. Hubert once a year for a full month.
What impressed me most was the desolation. Our helicopters were lined up in the two hangars and we had to sleep in an adjoining room. We were supposed to guard the aircraft, but were permitted to sleep. We even had two beds.

The same room had a huge power converter (380V to 500V), but appearantly it had been out of service for quite a while. Its coolant was leaking and a box was put under it to catch it. According to its label the converter was filled with 'Pyralene'. I looked it up later, and it appeared to be the brand name of toxic PCBs.
About halfway down the runway was a circular building, maybe 2-3 meters across. Its roof was covered by a transparent dome, plexiglass I presumed. It contained the swithces to light the runway lighting.
I think EBSU is the only Belgian reserve field with approach lights, that is: if you approach from the east, because the other side has none. I tried to locate the little building on Google Earth, but I cannot find it. Possibly it was taken down? The whole installation was very old and outdated (even then).
Where the taxiway connected to the runway a sort of chandelier was installed with three lights. To make them work you had the twist the lot until they made contact...
Additionally we found a small nuclair shelter. Its installation was partially submerged. It contained a kind of home trainer - a bicycle welded to the floor, possibly to make electricity in an emergency? I also remember it was October and the fog came over the runway in clouds. The doors of the hangar had a tendency to move in the wind, making it sound like somebody was knocking on the door all the time.
A very special atmosphere...
Aside from those two beds there were no sleeping facilities. The pilots stayed at an off site camp several kilometers away. Still, I have nothing but good memories about that month, because the regime at the camp was a lot more relaxed than at the barracks in Brasschaat.

On 27 June 2012 Mathieu Camus wrote me that the building with the glass dome still exists. It is not located halfway, but between 300 and 600 meters from the 07 runway treshold. It cannot be seen on Google Earth, because it is obscured by trees. He also reports that the airfield is still occasionally used by Belgian Air Component C-130H Hercules and A-109 helicopters, but never by any fighters. He was not sure the runway lighting still exists.

After 28 years Ivan returned to the airfield in the summer of 2012. Amongst others he sent me these photos: 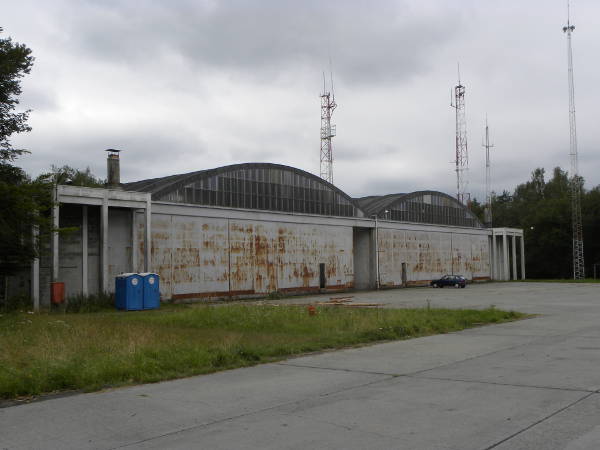 These two hangars, which are still in good condition, kept the Alouette II helicopters during the Voltac-exercises. We were guarding them from a small room on the right side. To my surprise my bed was still there, but the leaking convertors were replaced. (St Hubert Air Base in 2012, Ivan Janssens). 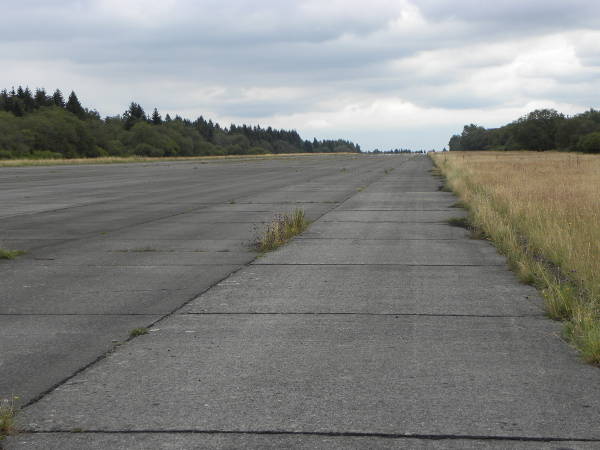 Runway, looking east. Still in fairly good condition, although more and more grass is growing in the cracks (St Hubert Air Base in 2012, Ivan Janssens). 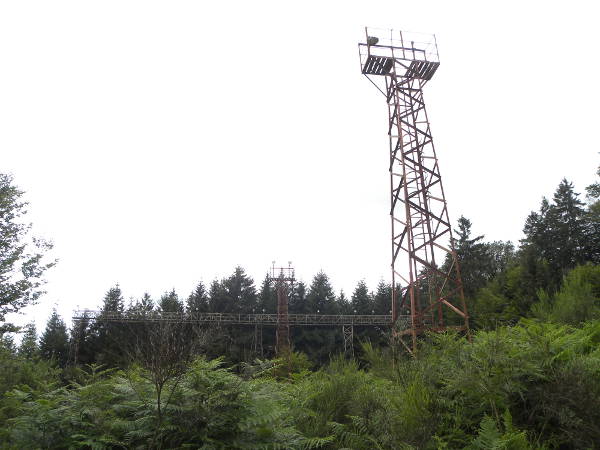 The runway lighting in the 25 direction is still there. Although the masts look rusty, the lamps are fairly new. Some are partially filled with water however (St Hubert Air Base in 2012, Ivan Janssens).

To the best of my knowledge, the airfield is still military property and thus officially off limits to the public. The airfield also holds a radar for air traffic control near the hangar site on the west side of the airfield.

Photos originally from Marville.org were adjusted for size, light and colour.