Stracathro air field (RAF Stracathro) was an airfield 97 kilometers north-northeast of Edinburg.
I could not find when the airfield was built, but it appeared on German reconnaissance photos as Brechin airfield in late September 1940. This site was originally planned as a relief landing ground. Soon after opening in 1941 as a relief landing field for RAF Montrose, the site had a fatal crash of a Miles Master. When 2 FIS (Flying Instructors School) took over at Montrose in January 1942, the RLG remained in operation.
The airfield normally had around 200 personnel assigned, but they were not lodged on the station. Instead, they were shuttled here every day from Montrose.
No 1541 Blind Approach Training was formed at Stracathro in April 1943.
In December 1943 an Oxford and Hurricane collided over the field, killing two in the Oxford.
After the war was over, the site was used as a storage site until July 1948 and then Closed down. 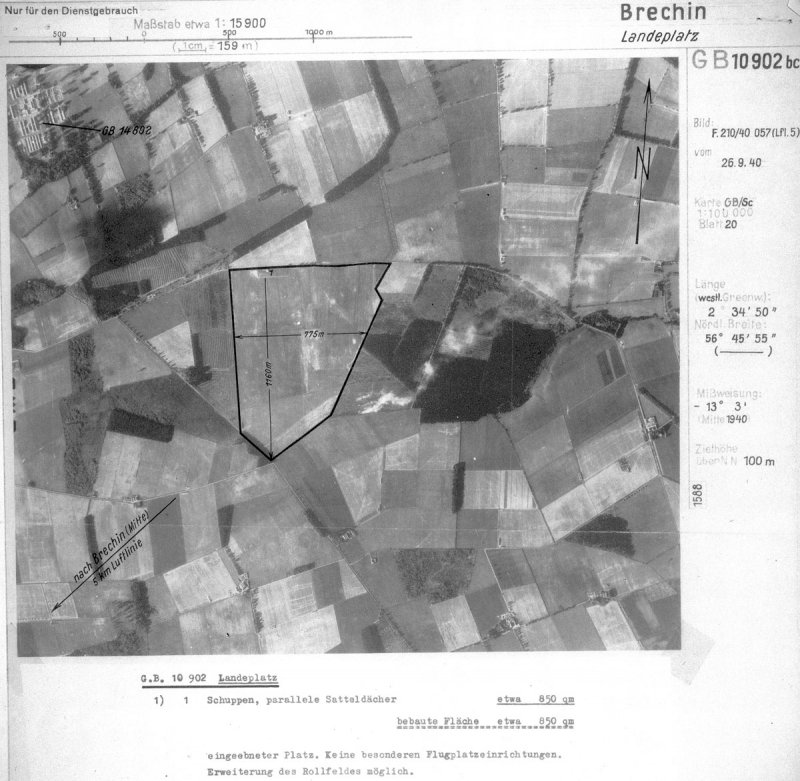 Stracathro airfield, incorrectly identified by the Luftwaffe as "Brechin Landing Ground" in September 1940. Note that the airfield did not open until the following July, so the Luftwaffe was actually VERY well informed! (Luftwaffe, via scotlandsplaces.gov.uk)

In 2012 some buildings were still standing, albeit in a derelict state. Most obvious to see from aerial photography is a semi circular taxi track around the east side fo the airfield. On the south side of the airfield, a radio controlled model flying club was set up in 2009. 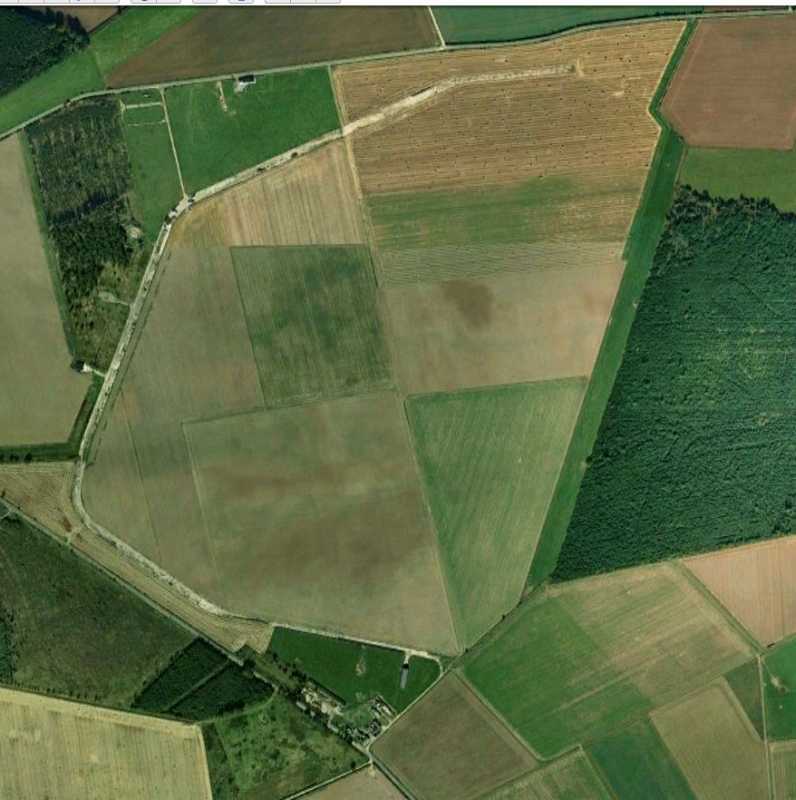 The taxiway was the most obvious remaining feature at Stracathro in 2007 (Google Earth).