Topliçan – Theranda airfield was an airfield located 47km in the south/west of Pristina.
The airfield was constructed primarily for the former socialist state-owned agricultural company Agro-Kosova in the late 70s and early 80s. It was one of 18 such airfields, all sharing common features like their runway dimensions, which in most cases have a length of approximately 450 m and width of 18 m.
In 1987, the then-Yugoslav authorities approved a plan to extend and expand all these airfields, resizing them to 600 meters in length and 21 meters width. This plan also provided infrastructural improvements. This plan was not implemented however.
The airfields were mainly used by Agro-Kosova for aerial agricultural application. These airfields were extended in such a way so as to meet the needs of all regions in Kosovo.
During the breakup of Yugoslavia in the 1990s, the aeronautical sector, especially general aviation, did not develop at all. All existing airfields in Kosovo degraded from the beginning of the 1990s. Even agricultural planes that were owned by the socialist-owned enterprise Agro-Kosova were taken to Serbia during the withdrawal of Serbian regime from Kosovo in 1999.
After the war, the main priority of the international presence in Kosovo, which was responsible for the Kosovo airspace, was the functioning of commercial aviation and operation of Prishtina International Airport, leaving next to no effort on other airfields.
Topliçan – Theranda was an exception though: NATO turned it into a helicopter and support base in the KFOR German area of ​​responsibility of the Multinational Brigade South (MNB-S). Known simply as "the airfield", the helicopters of the mixed army aviation division, including German heavy lift Sikorsky CH-53Gs and 4 Dutch Bölkow Bo-105 light observation and reconnaissance helicopters, had been stationed as of autumn 1999 on the tarmac of the former agricultural airfield. KFOR withdrew from the location in 2011.

A heavy lift helicopter of the German Bundeswehr takes off from Topliçan helilcopter base in January 2002 (CC BY-SA 4.0 via Wikimedia) 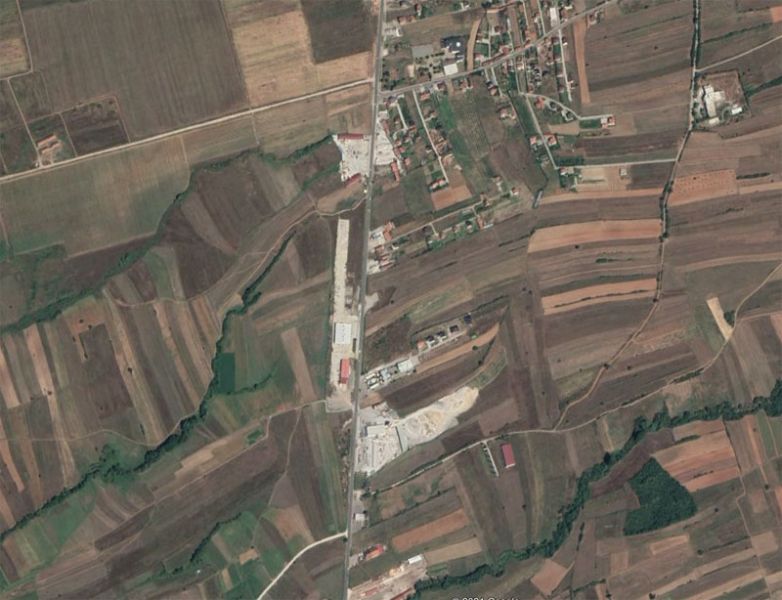 During a site visit evaluation by the Kosovo Civil Aviation Authority, the evaluators met with the current owner who had purchased this airfield from the Privatization Agency of Kosovo.
The airfield has a hangar, which had been built by KFOR during their use of the field in the early 20th century. The current owner expressed his interest to cooperate on the use of the airfield for aeronautical activities. The airfield, in the current situation, could become operational with a minimal investment. The hangar built on the south side reduces the possibilities for the airfield, which can currently only be used for air operations by helicopter. The airspace where the airfield is located is very suitable for general aviation activities of rotor aircraft operations, but not fixed wing aircraft.