Tiranë air field (also known as Laprakë airfield) was a small airfield on the western outskirts of Tirana.
The airfield was built between 1934 and 1935 as the national airport of Albania. It was built to the optimal technical standards of the time. 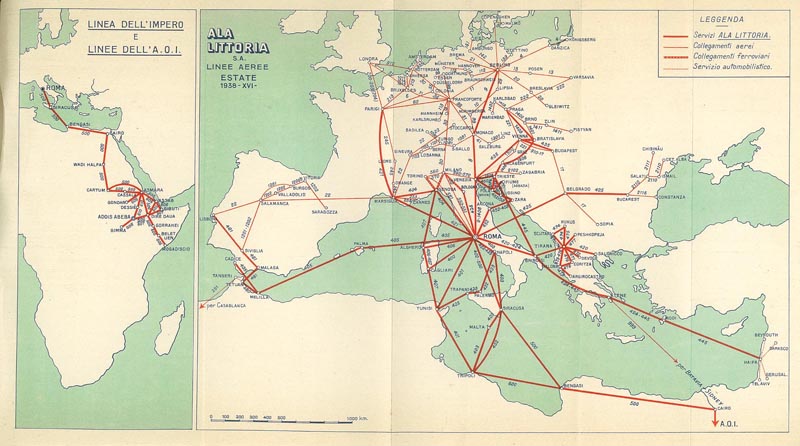 The airfield was taken over by the Regia Aeronautica (Italian Royal Air Force) in 1939. They used the airfield during World War II, along with the Luftwaffe (for instance IV./JG27 in 1943). The airfield was capable of launching missions against the Foggia Airfield Complex. Therefore it was bombed by the 15th Air Force. 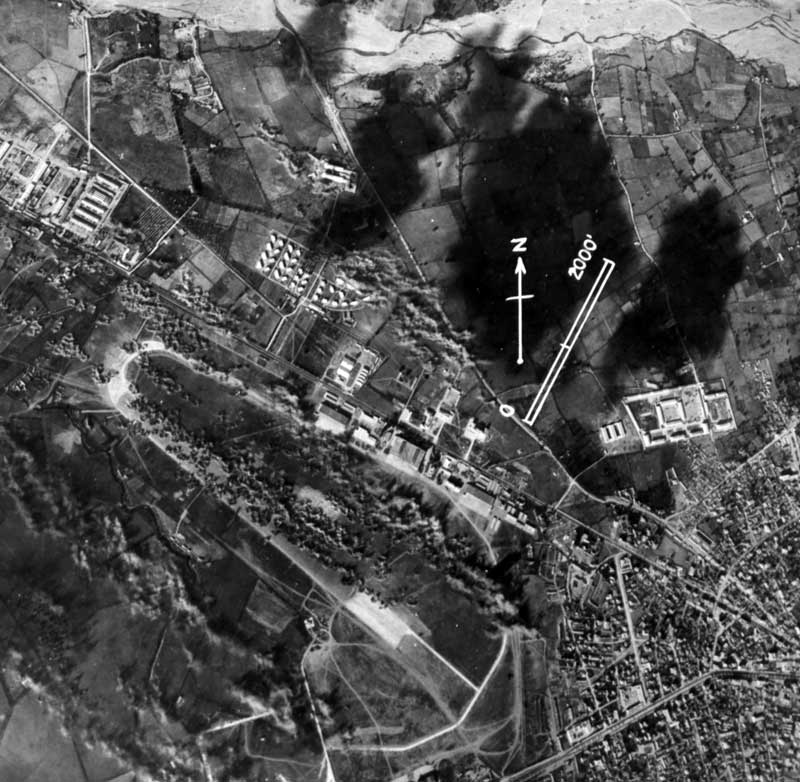 Twenty-three tons of fragmentation bombs covered this Albanian airfield (Tiranë-Laprakë) & many of its installations. The attack was made from 9000 feet by 36 North American B-25's on 10/24/43. 13 of 33 aircraft on the field were destroyed. (USAAF/AFHRC archives, via Fold3.com)

After World War II, the airfield became home to the first units of the Albanian Air Force, in 1951. Around 1960 it was replaced as the nations international airport by a new airfield north of the city. 4050 Regiment was the last to actively use it as a home base. Later it was made a reserve base with no permanent units assigned.

On the afternoon of 14 March 1997 the airfield was the scene of brief, chaotic fighting between German soldiers and insurgents in armoured vehicles. The soldiers had been flown in by CH-53G helicopters in order to evacuate western civilians caught in the 'Lottery Uprising'. More gunmen opened fire from the edge of the airfield and the Germans returned fire and tried to keep the attackers at bay. The event, called 'Operation Libelle' by the Bundeswehr, marked the first time since the end of World War II that German forces had fired shot in anger. 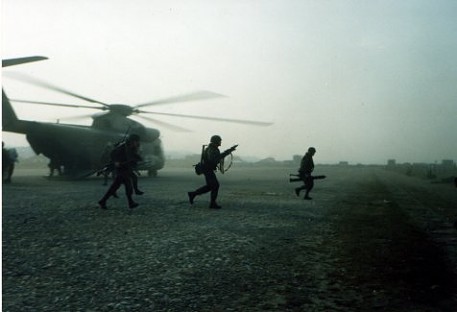 
CNN footage (published earlier on Youtube) of the chaotic events at the airfield in March 1997 (Dailymotion).

In 2005 the air force moved out of the air field because it was becoming completely surrounded by the city of Tirana. Aerial photography of 2009 showed two hangars remaining: one on the north side of the airfield, and one immediately south of what was left of the runway. The northerly hangars appeared to be in a derelict state, with major parts of the roof missing. By April 2011 the main runway had been turned into a boulevard with trees and appartment blocks had been built right next to it. Only the hangar of a helicopter outfit could be confirmed remaining south of what was left of the runway. 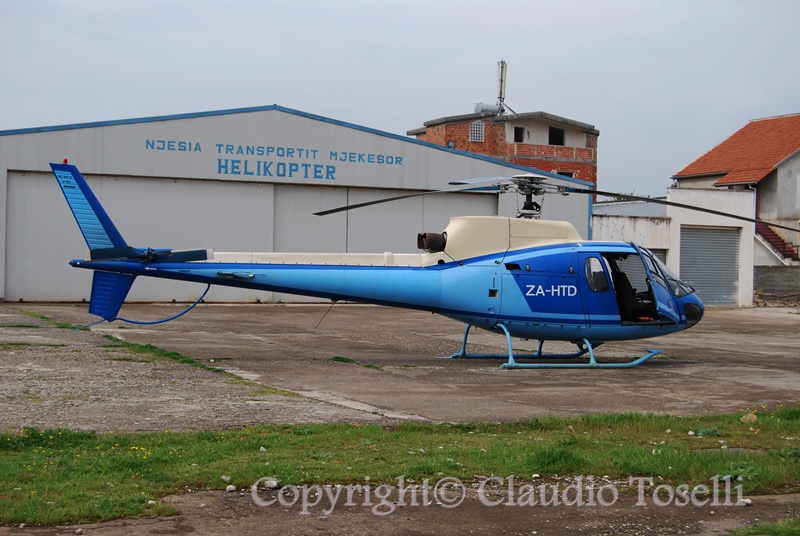 April 2009 photo of Ecureuil ZA-HTD in front of the helicopter hangar south of the former runway (© Claudio Toselli). 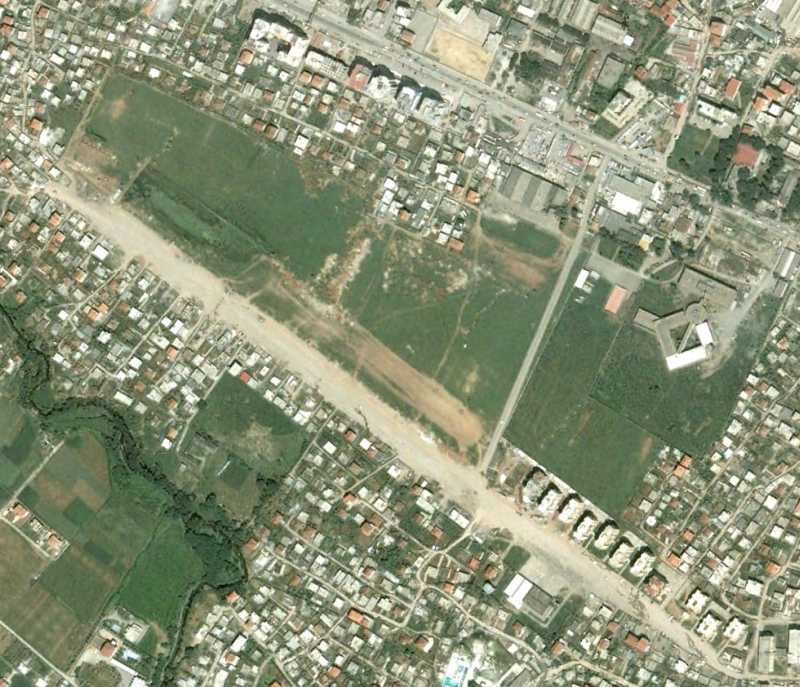 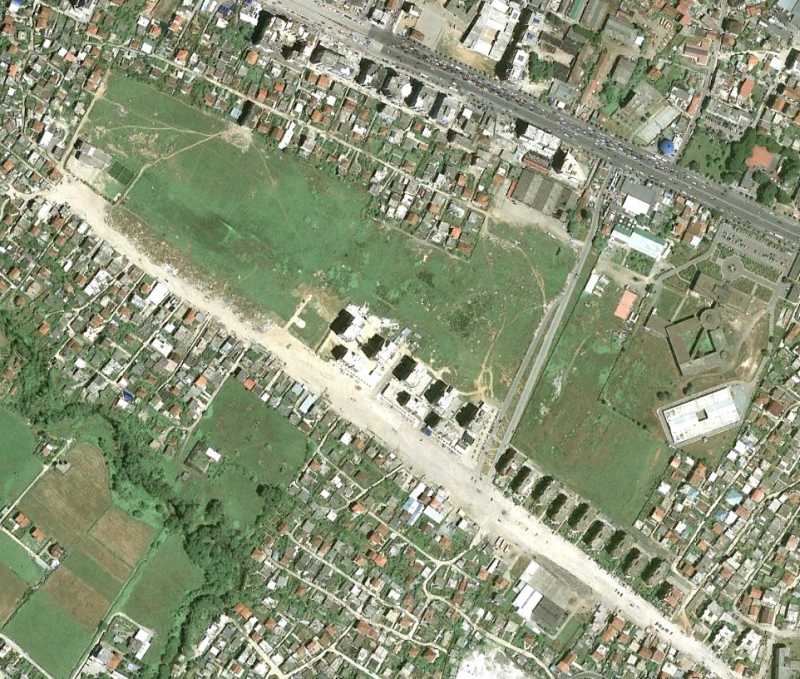 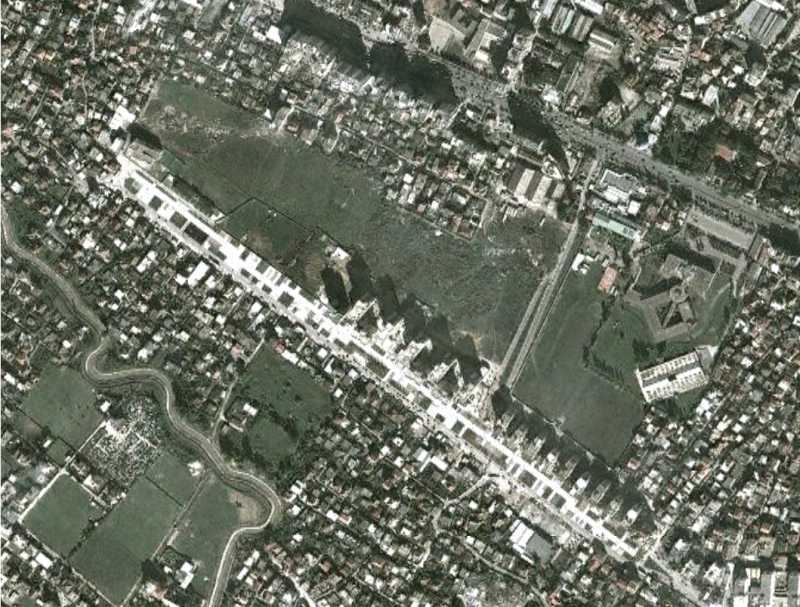