Toome airfield (also known as RAF Toome or USAAF Station 36) was an airfield 40 kilometers west-northwest of Belfast.
The airfield complex' construction began in January 1942 and consisted of 30 aircraft parkings, a perimeter taxiway of over 3 miles in length, around 150 buildings and 3 hardened runways.
Originally planned as a satellite to RAF Cluntoe, the airfield opened in January 1943 and was initially only used as an emergency landing ground. From 5 July 1943 104 Operational Training Unit with Wellingtons flew in from Nutt's Corner. That same month it was transferred to USAAF's 8 Air Force, becoming 3rd Combat Crew Replacement Centre. 3rd CCRC trained A-20 Havoc and B-26 Marauder crews for the 9th USAAF until closure in November 44.
That month, Toome airfield was transferred back to the RAF, but it was not not used by aircraft again.


Between the end of the war and  March 1947, 257 Maintenance Unit used te airfield for equipment storage. Although the runways were resurfaced in 1953, they were not used again. The RAF closed the airfield in 1954 and the site was transferred to the Royal Navy who used it for aircraft turret repairs until 1959. The airfield was finally sold off in 1961. 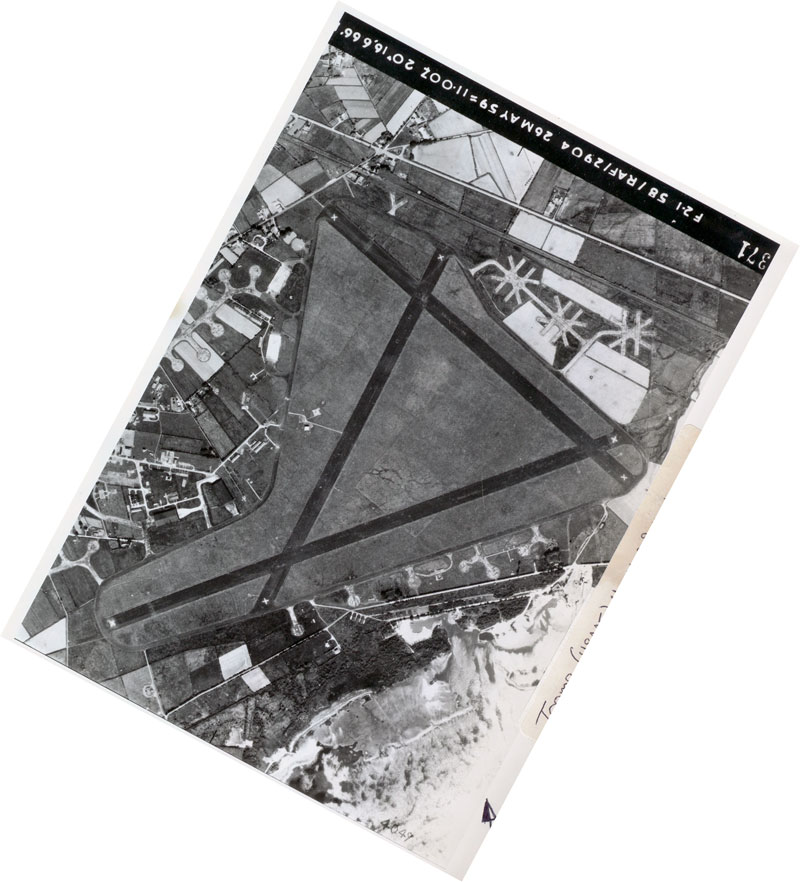 As with some other airfields, the Control Tower has been converted into a private home. Many of the buildings can be seen in the Creagh Road area of Toome after having crossed the bridge from County Antrim into County Londonderry. One noteworthy building which remains at Toome is the Norden Bombsight Building, located within the old Headquarters complex. The Norden bombsight was invented by Carl Norden, a Dutch born American citizen.  At the time, the saying regarding the use of this bombsight was you “could drop a bomb into a pickle barrel from 20,000 feet”. Therefore, security of the bombsight was paramount and bombardiers were required to sign a document saying they would protect the bombsight with their lives and destroy it if it was necessary to leave their aircraft. The building at Toome is a fortified structure, which was built specifically for the storage of Norden bombsights. 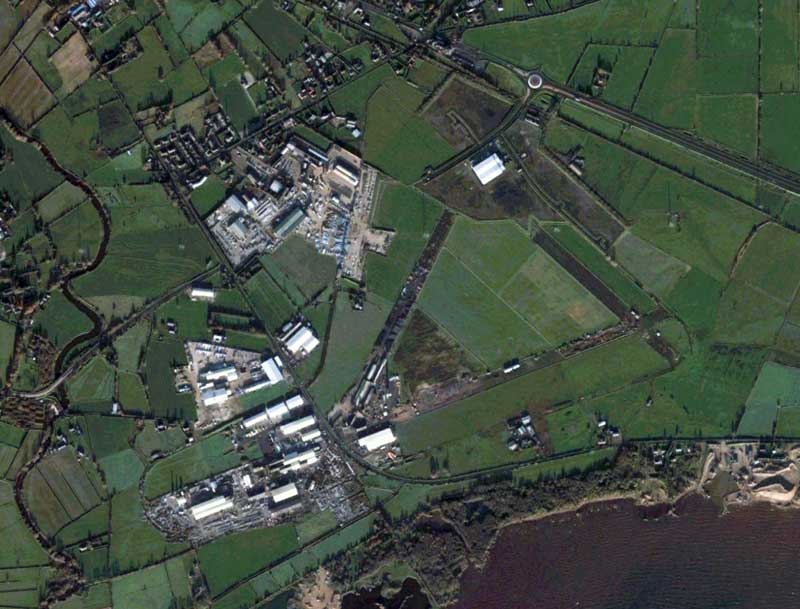 Parts of the taxiways, runways and dispersed parkings remained in existence in 2014.