Torraccia airfield (Italian: aeroporto di Torraccia di Domagnano, ICAO: not assigned) is the sole airfield in San Marino.
The airfield was built in 1985 after the government of San Marino authorised the operation of an airfield in San Marino. The airfield is privately owned by the Aeroclub San Marino (about 100 members). It has hangar and office space and is home to about a dozen aircraft, including the first ever registered at the San Marino register
The aeroclub runs a ULM flying school, organises and takes part in social events, both at home and at other airfields and runs activities for members of the club. 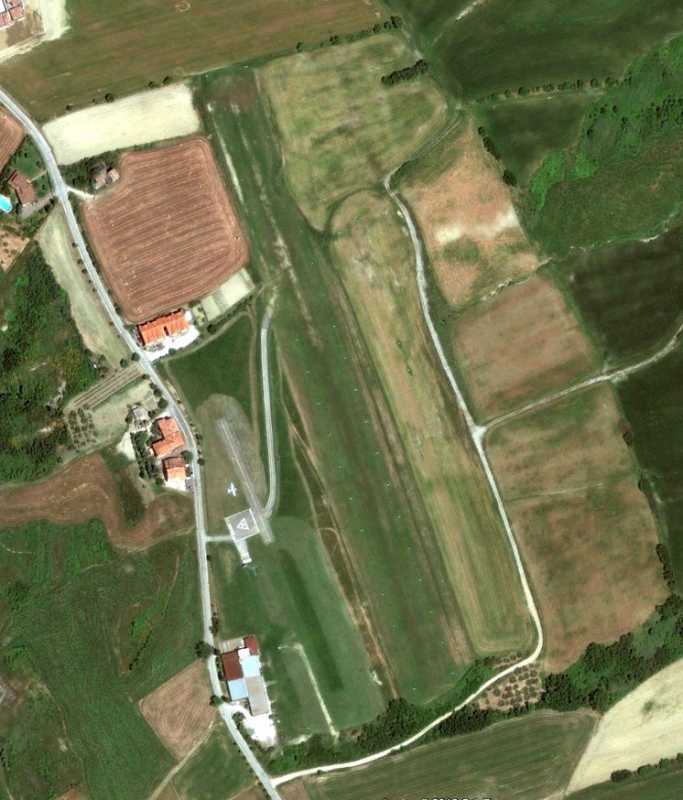 Overview of Torraccia airfield in 2010, well before the runway was lengthened in 2012 (Google Earth).

The airfield is situated less than 200m/yds from the border with Italy. Unlike the grass runway, the taxitrack, helipad and platform are made of asphalt. Mogas and Avgas are available at the airfield, which appreciates (but not requires) PPR. From personal experience (although I arrived by car), I can recommend PPR: the club is very welcoming and will even assist you getting lodging in one of the San Marinese hotels.
The runway was lenghtened to its present length (from 500m) in July 2012.

Because of its location on a plateau, approaches to the airfield are not always easy. Therefore pilots are required to have:
1. a valid licence to fly
2. made at least 5 takeoffs and landings at small Italian airfields called 'Aviosuperfici'
3. have made at least 5 takeoffs and landings in the past 90 days, regardless of the location.
4. have to enter the circuit east of the airfield (over Italy).
This does not prevent accidents though:
On June 11, 2010, a Cessna 172 from Aeroclub Fano did not stop at the end of runway 34 due to a failure in the braking system, and a tip of the south-west. Injured were two occupants on board the aircraft, which was completely destroyed. The incident investigation was conducted by the Agenzia Nazionale per la Sicurezza del Volo, the agency that deals with accidents or serious incidents that take place on Italian soil, that signed a memorandum of understanding with the civil aviation authority of San Marino in 2009.
On May 22, 2017, a Cessna 172 (F-HAPT) of French Aéroclub Paul Tissandier flipped over on the runway during the landing. The two occupants on board the aircraft were only slightly injured, but the aircraft was severely damaged. The incident investigation is being conducted by the Agenzia Nazionale per la Sicurezza del Volo. 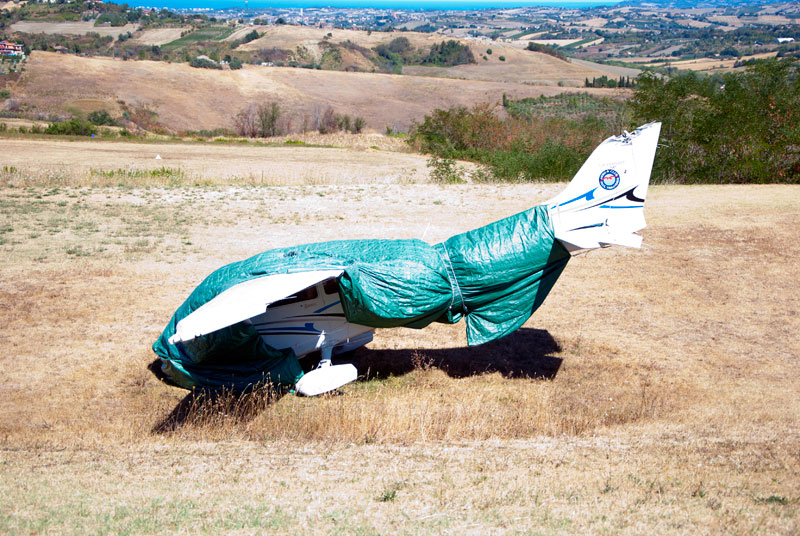 The Cessna 172 that flipped over in 2017. Visible is damage to the tail and the missing nose gear. On the other side, the wing has broken off (RonaldV). 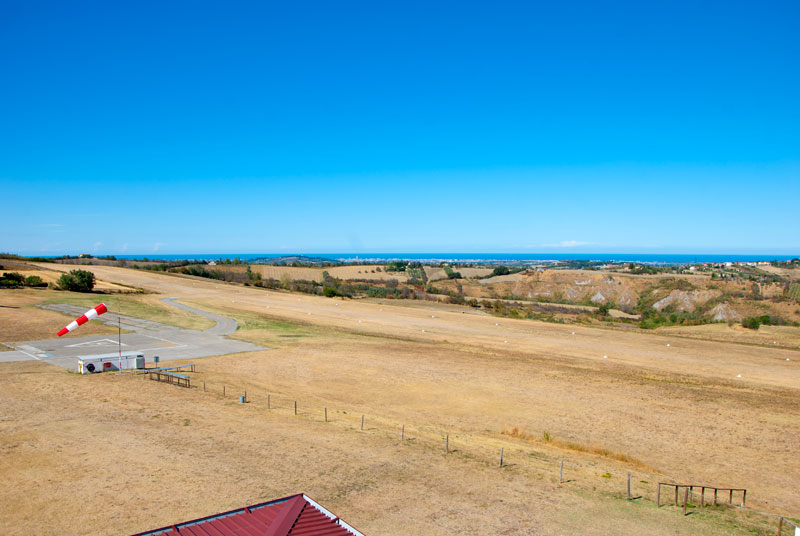 View from the roof of the club building over the airfield in a very hot and dry August 2017. According to a local pilot, the region had not seen any precipitation in 2017, hence the yellow landscape (RonaldV).