Torslanda airport ( Swedish: Torslanda Flygplats or Torslanda Flygfält , ICAO: ESGB ) was an airfield near Goteborg, 400 kilometers southwest of Stockholm.
Along with the opening of the International Aviation Exhibition in Gothenburg, Crown Prince Gustav Adolf inaugurated Gothenburg Airport on August 4, 1923. 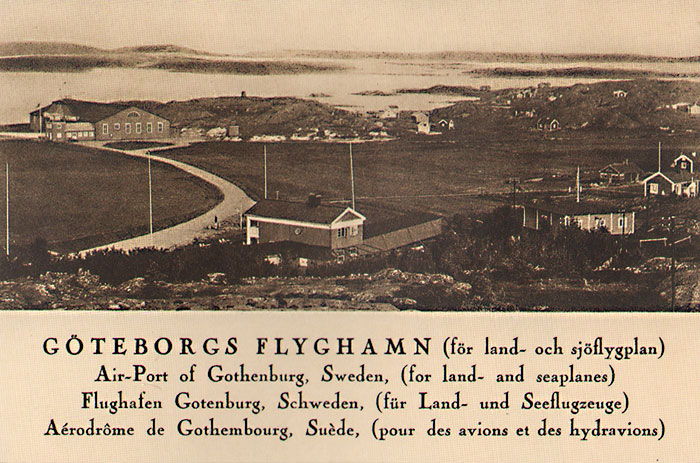 Plans for what was to become Gothenburg airport were drawn up in 1921. They provided for an area reserved for seaplanes, a specific circular area for the attachment of seaplanes and mooring of airships, as well as take-off and landing areas for land planes. Eventually, the development plan was for a classic triangle airfield for land planes directly adjacent to a seaplane port. 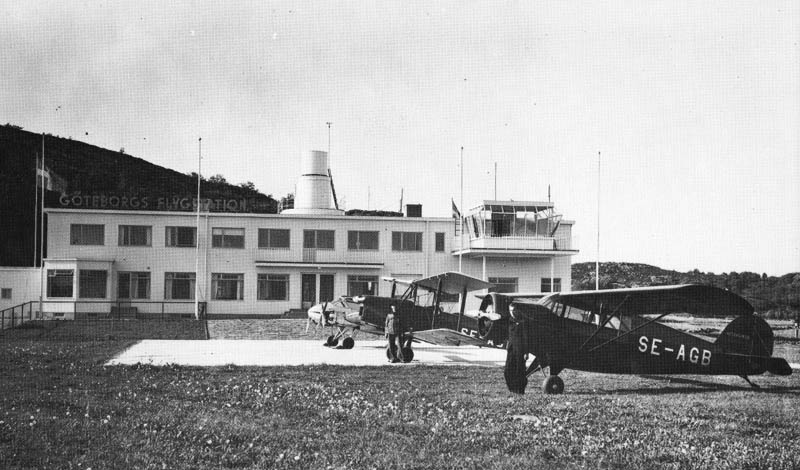 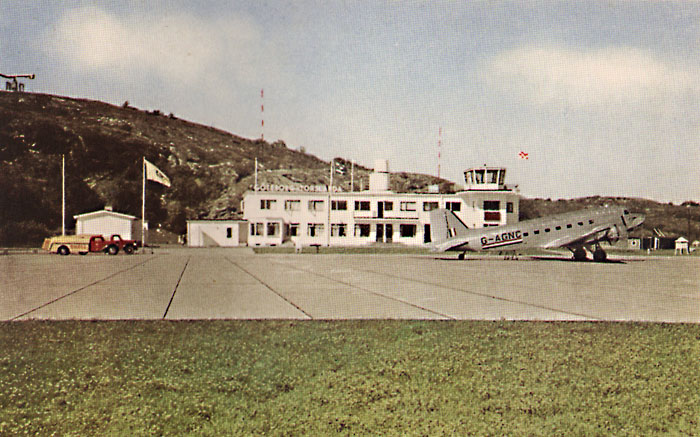 By 1950, the 1938-built terminal had been improved several times (wikipedia.org). 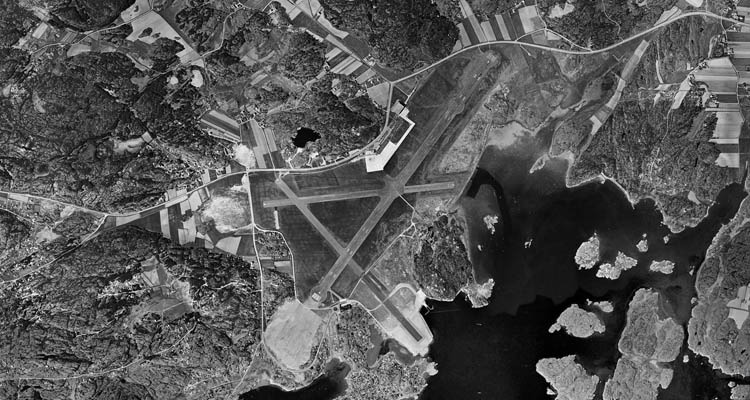 Aerial view of the airfield in the 1970s (courtesy of E.Muller). 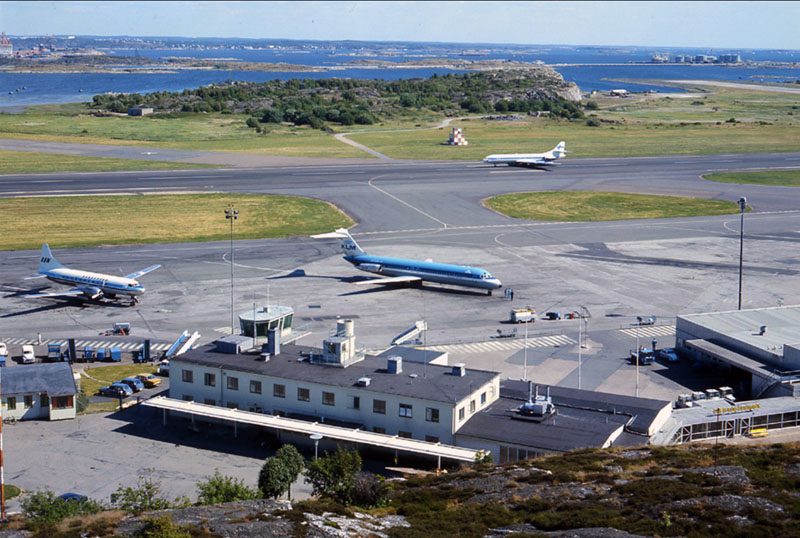 Torslanda ca. 1970 with a Finnair Caravelle on the runway, a Linjeflyg Convair Metropolitan on the left and a KLM DC-9 in the center. Image provided by Magnus Emanuelsson. 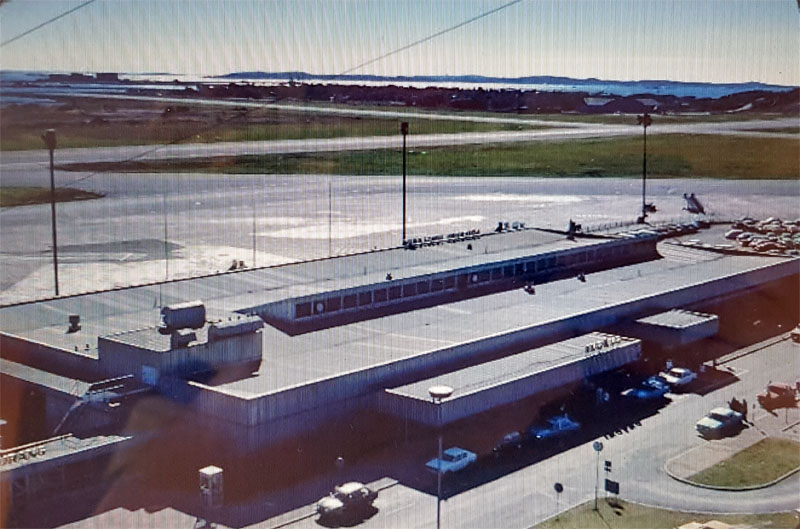 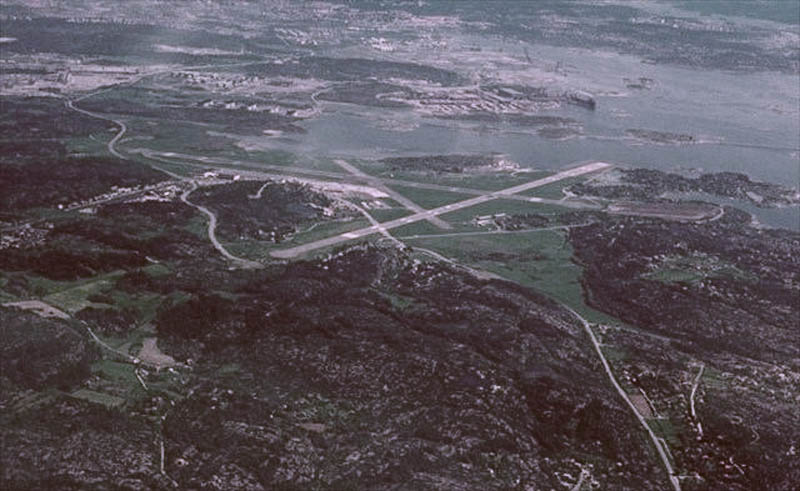 After 54 years, Gothenburg got a new airport in 1977: Hisingen airport. Torslanda airport was closed to all traffic in 1979 and it was not until the 1990s that a plane landed again on the cracked runways of Torslanda. 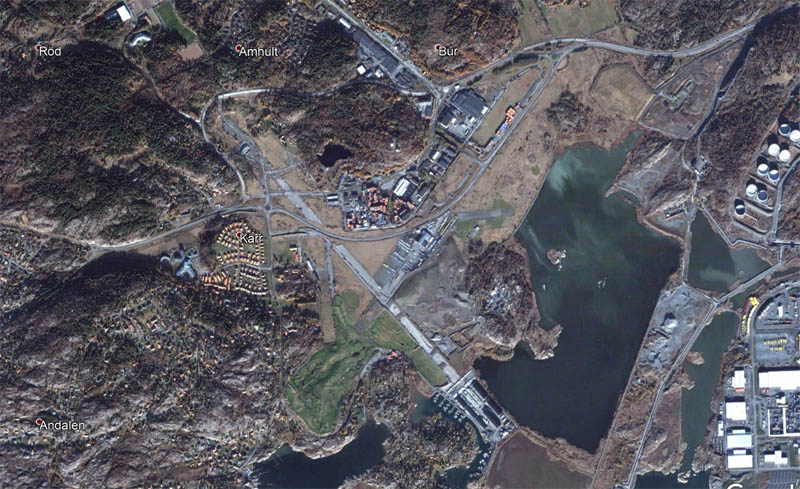 Torslanda in 2002. The airport is slowly disappearing. Today, a golf course largely covers the old airport. However, a piece of the runway remains visible. (Google earth) 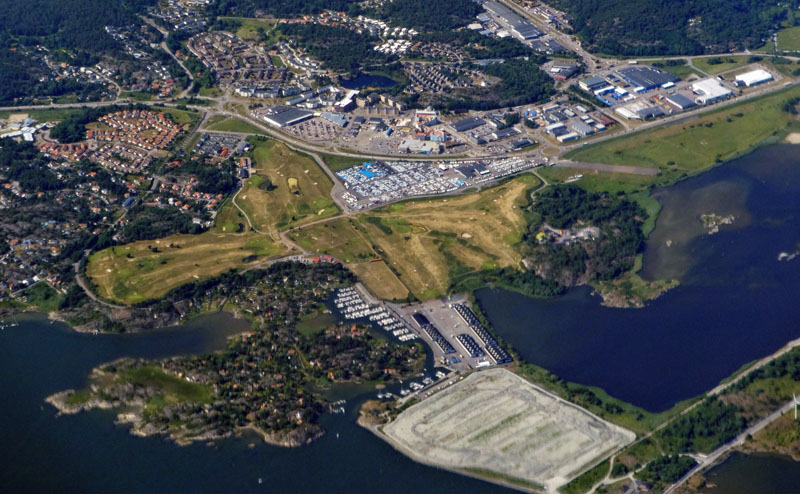 Overview of Torslanda in 2018. Only a small part of RWY 27 is still visible. Hard to see, but you can find the white control tower, which also still exists, at the center-top of the photo. Photo by Magnus Emanuelsson (used with permission). 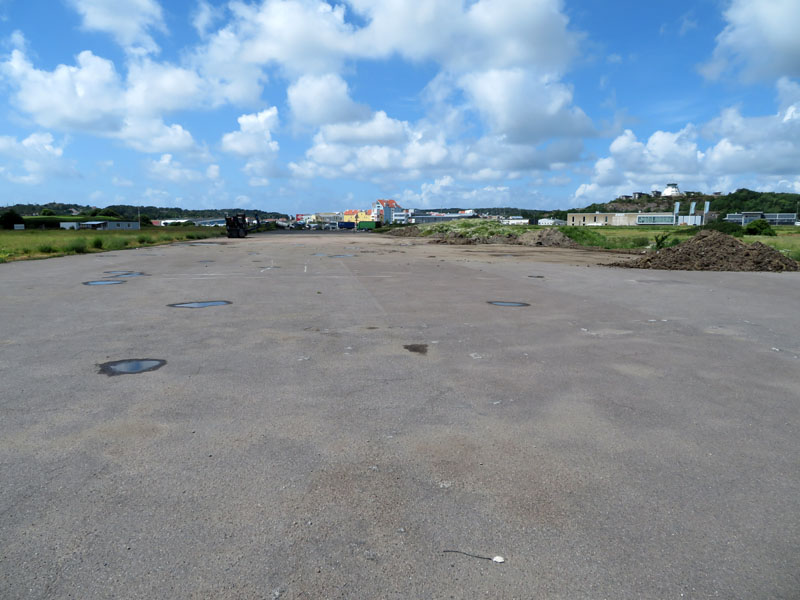 Runway 27 Torslanda in July 2021. Although this runway was the first to be closed for use (in 1966 already!), 400 meters of it still remain. The former control tower can be seen on the hill on the right. Photo by Magnus Emanuelsson (used with permission). 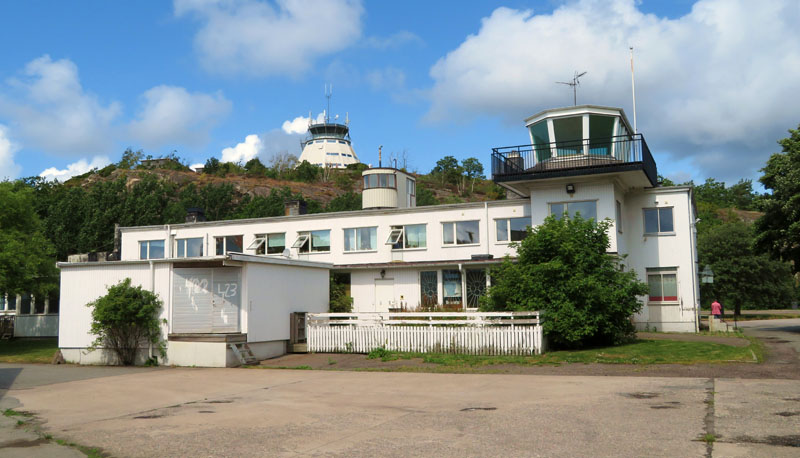 Three control towers in one image! July 2021, by Magnus Emanuelsson (used with permission). 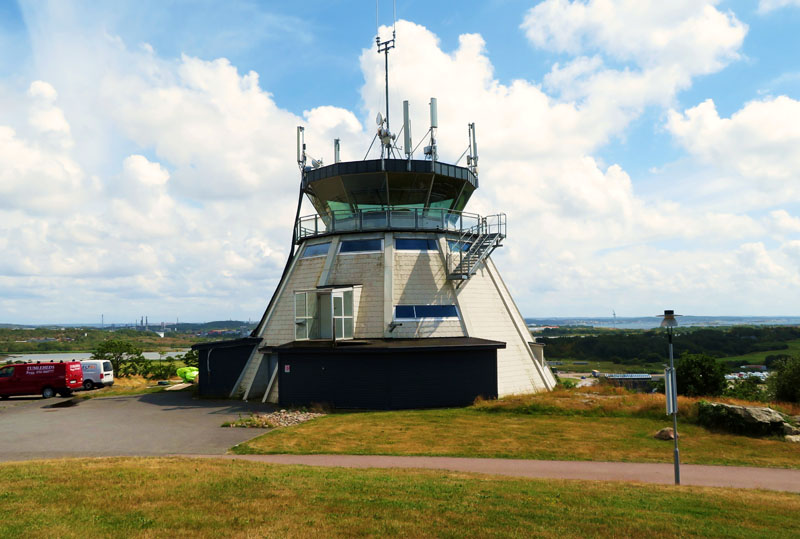 The former control tower in close up. Even 41 years after the control tower lost is use, it still looks as if operations are ready to begin! Photo by Magnus Emanuelsson (used with permission).

The former terminal building of 1969 was converted in a retail center aptly named Terminal 1. Photo shot in July 2021 by Magnus Emanuelsson (used with permission).

Thanks to Per Jelkne to pointing out this airfield.