39°55'00"N 009°41'00"E
Runway: 12/30 - 1,194x30m/3,917x100ft - Asphalt (CLOSED)
Tortolì Airport (Italian: Aeroporto di Tortolì-Arbatax, also known as Tortolì-Arbatax airport, ICAO: LIET) is a closed regional airport located on the central east coast of Sardinia, Italy.
The airport was built in the 1960's as logistical and technical support for the near Arbatax paper mill, featuring a grass runway, with a very small platform immediately north of the RWY12 treshold. The RWY30 treshold was located only meters from the beach, leaving aircraft only a minimum of altitude when crossing it. The airfield received a 1190m asphalt runway, a hangar and a control tower in 1975. 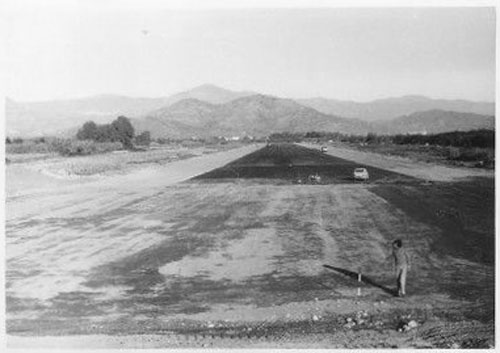 Resampled version of an original photo of the runway reconstruction in 1975 (tortoliesu.it.gg)
After the paper mill closed in 1986, regional airline Air Sardinia took over the airport. This coincided with the opening of commercial services to Olbia, Alghero and Cagliari with small multi-engine airplanes and to destinations outside of Sardinia served with charters. When Air Sardinia folded in 1990, the airfield closed.
In 1993 ownership went to a group of local entrepreneurs. A small terminal was built and an inaugural flight of Air Dolomiti took place in September of that year. It was the beginning of charter flights for tourists, albeit with a strong seasonal pattern, distributed mainly in the summer months. Several regional airlines served the airfield with aircraft such as BAe146, Bombardier Q400 and ATR72 with an annual traffic of more than 50,000 passengers.
In 2008 the airfield received a much needed update. The runway was lengthened to 1450m and in 2010 the terminal was modernised. It reopened briefly in August 2011 for trial flights to northern Italy, Switserland an Austria which lasted until October. Controversially, it has not reopened since due to disputes over political issues, although many plans have been made. 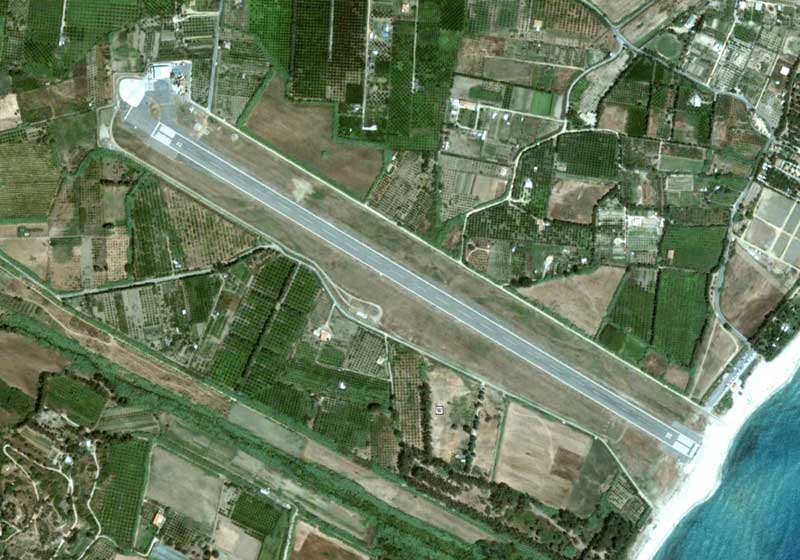 Tortolì in 2004, before the runway upgrade. Notice that the runway actually starts at the edge of the beach! (Google Earth) 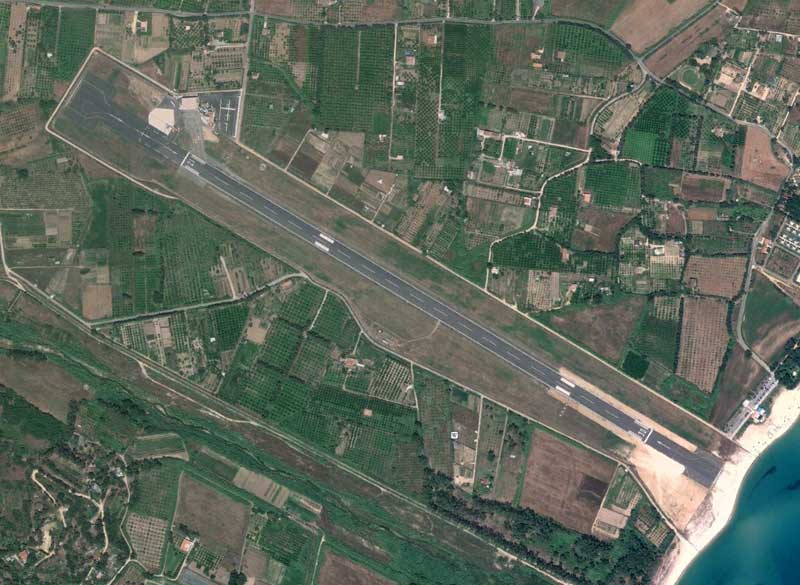 Tortoli in June 2010, after the 2008 runway upgrade. Clearly visible are new overruns/turning points, which make the 1040m of usable runway much easier and safer! (Google Earth) 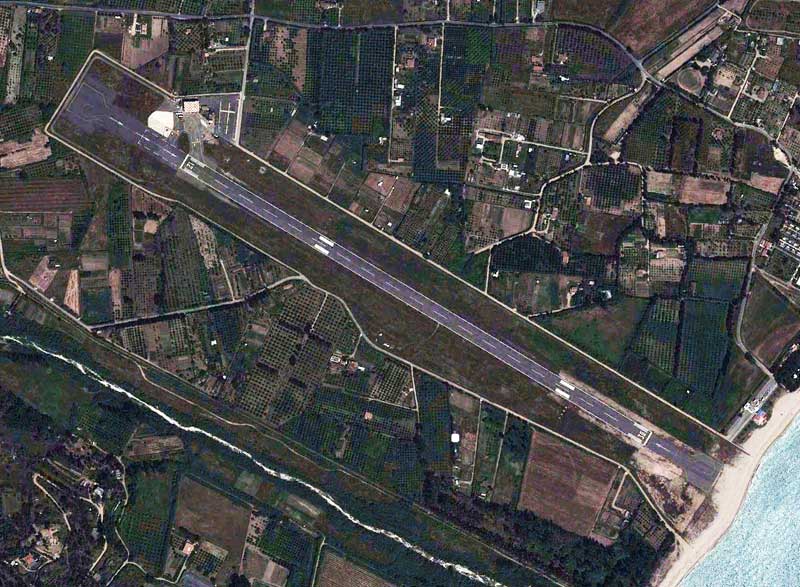 Photo of Tortolì taken in May 2012, two years after the last scheduled flights took place and almost a year after the last flight. Every year, new plans to reopen the airfield are announced and every year the plans go by (Google Earth). 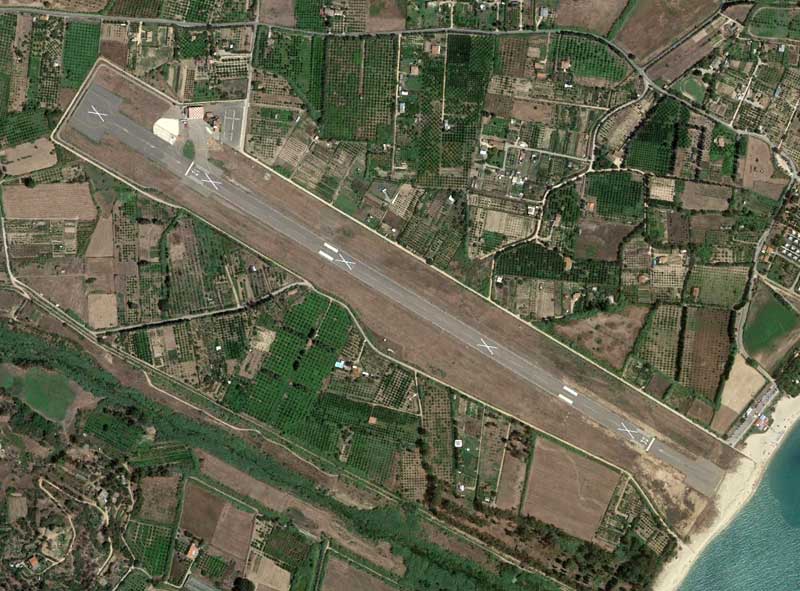 At some point between the previous photo and this one taken in July 2013, somebody decided the airfield would have to be visually closed to anyone flying by. For this purpose, 5 large 'X' markings were painted along the full length of the runway.


Flight with a camera drone over the closed Tortolì airport. Clearly visible are the large white 'X' markings on the runway.
contact us about this airfield