The Trieste seaplane base (Idroscalo Trieste) was an aerodrome 430 kilometers nort of Rome.
The airfield opened on 1 April 1926 as the return point of the route Turin - Trieste - Turin. The service was run by the SISA (Società Italiana Servizi Aerei, or Italian Air Services Company), founded by the Trieste brothers Cosulich. The route flew from Turin via Pavia, Piacenza and Venice to Trieste. For a round trip, the ticket price was 300-375 Lire, roughly corresponding to a high average salary period. Remarkably for its time, the route had not a single serious accident during its first year of operation.
In addition to the air service which operated CANT10 seaplanes, Trieste also served as a training center using CANT6 and CANT7 seaplanes. From 15 October 1926 the service expanded to Pola (Croat: Pula), Zara (Croat: Zadar) and Ancona. Because of the success of the airline, Triest soon began operating CANT18 and CANT22.
In the early 1930s Trieste received a new large hangar-station building. The building, which opened in May 1932, had a large entry, consisting of 10 movable panels, and a mobile crane designed to assist aircraft sliding into into the hangar from a jetty. Around the same time, SISA was merged into the Società Aerea Mediterranea (SAM), which in 1934 formed Ala Littoria, whose name was put on the Trieste hangar in large letters. The combination operated until 1940, when all Italian airlines were merged into the military Servizi Aerei Speciali (SAS). 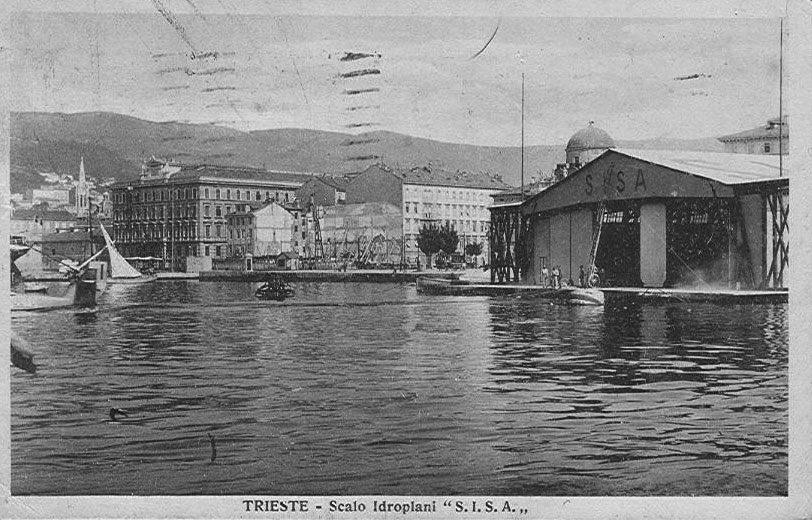 The old SISA hangar in Trieste in the 1920s 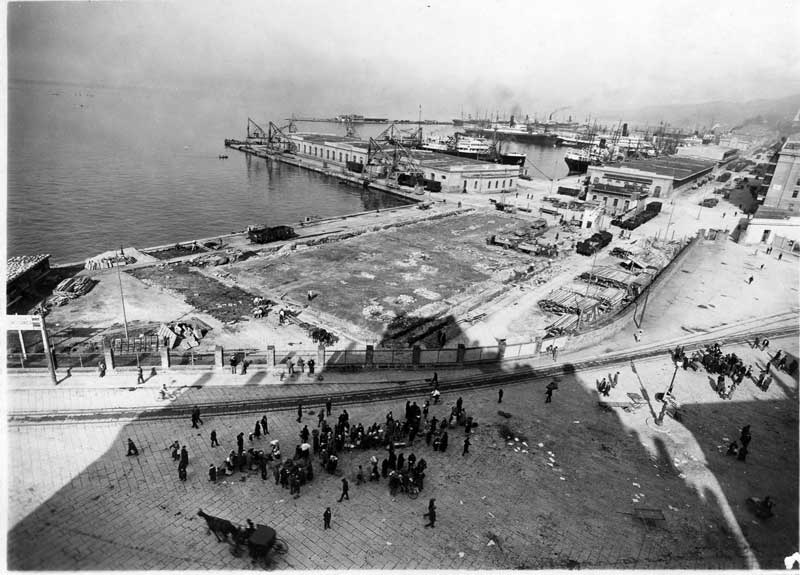 Early construction of the new hangar at Trieste in October 1931. 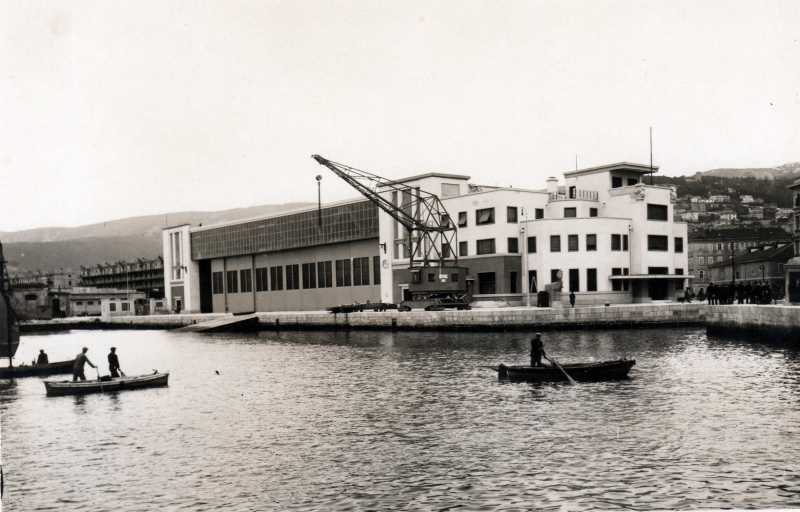 The new SISA hangar, photographed in 1933 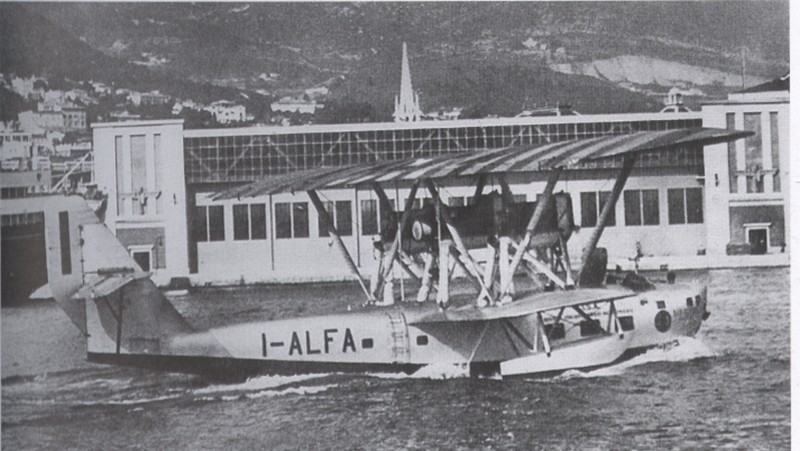 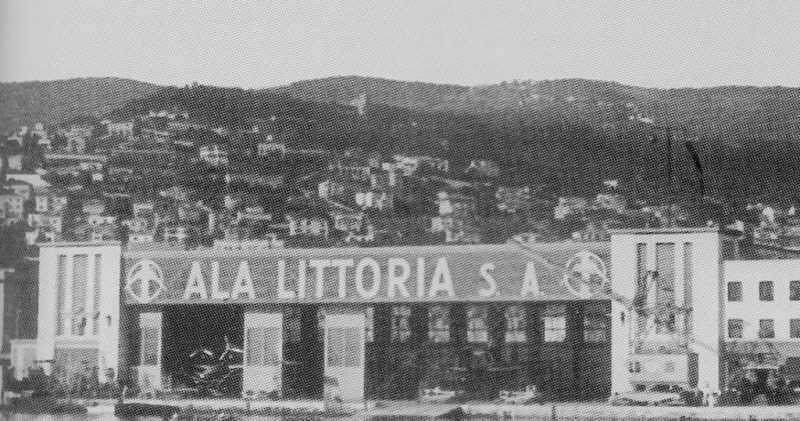 Until September 1943 the aerodrome was exclusively operated by the Italian Armed Forces. When the Italian forces surrendered to the Allies however, the Germans and Italian fascists took control of Tieste and the aerodrome. This lasted until Trieste was liberated by Yugoslav Partisans under Tito on 1 May 1945. They handed control to the Allies on 12 June however, who remained in control until 1954.
The seaplane base never returned to its original use. Today it is home to the Italian Coast Guard. 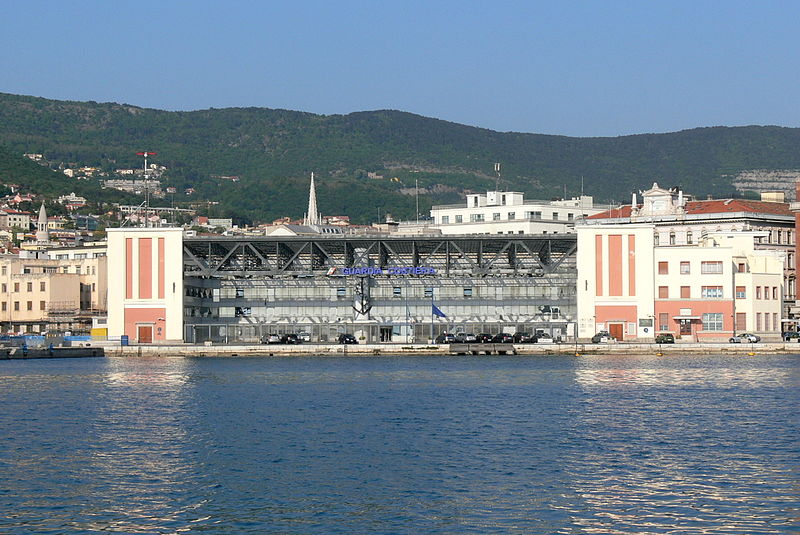 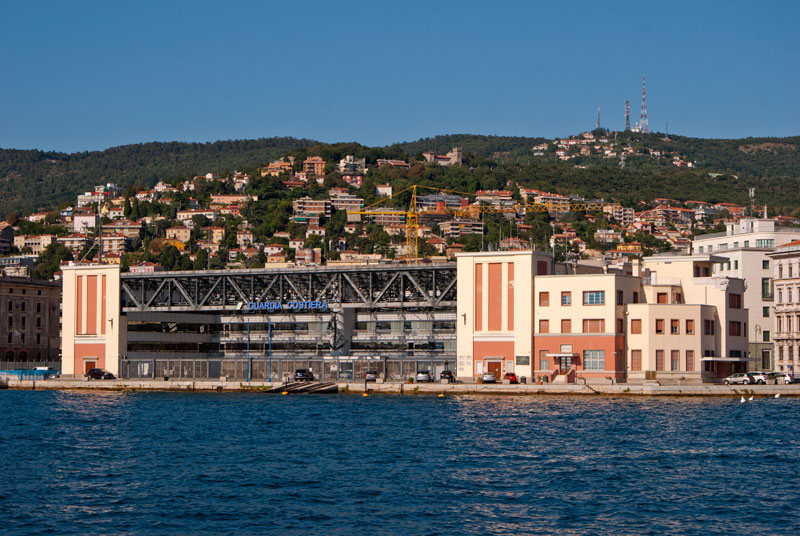