Triqueville airfield was an airfield located 150km north/west of Paris.
In 1939 this site had been selected for the establishment of an aerodrome, but the administrative slowness for months prevented the building site from progressing in a useful way. Work was progressing, but slowly.
The Germans arrived at the site on 17 June 1940. They relaunched the work to use it. In April 1941, the Germans ordered 320 civilians to work on the site, forced to come from neighboring municipalities. 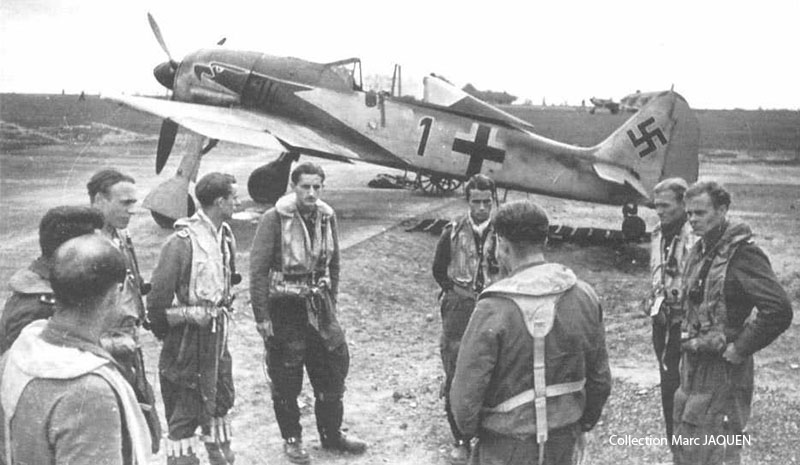 1943 - Horst Hannig (in the middle), a German ace with 98 victories, arrived on the western front in January 43 and was killed in May 43. His fighter wing, Jagdgeschwader2 or JG2, included many other aces. It was an elite unit which held the western front together with with JG 26.(photo courtesy of Marc Jaouen)

The airfield was used by JG2 from March to November 1942 and then again from February to July 1943. Too exposed and too close to England, JG2 evacuated its planes at the end of 1943. It then served as a transit aerodrome and allowed the repair of planes which could not return to their own land.
The planes took off from the meadows, the aerodrome was well camouflaged in the landscape. Only the taxiways and parking areas were made out of concrete.
About fifteen anti-aircraft positions (Flak) were installed on the perimeter, in Tobruk-style bunkers (Bauform 58c) and on two watchtowers. 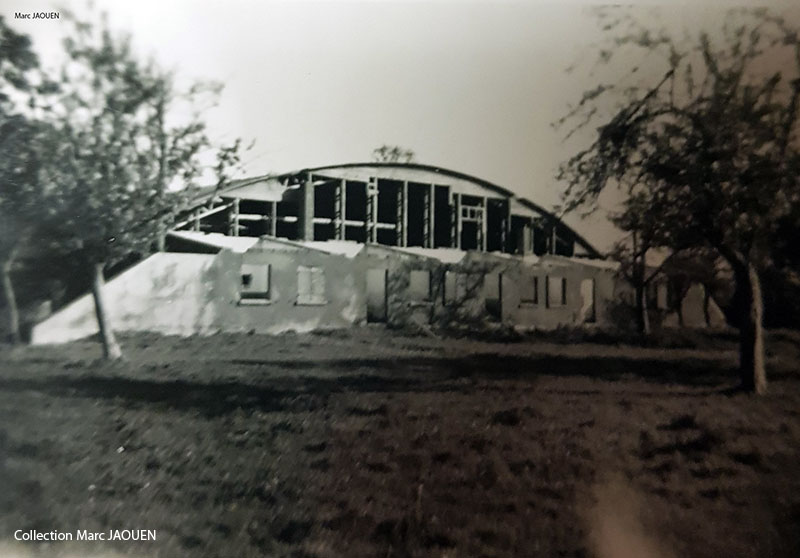 1944 - the main hangar just after the liberation of the airfield. (Photo courtesy of Marc Jaouen) 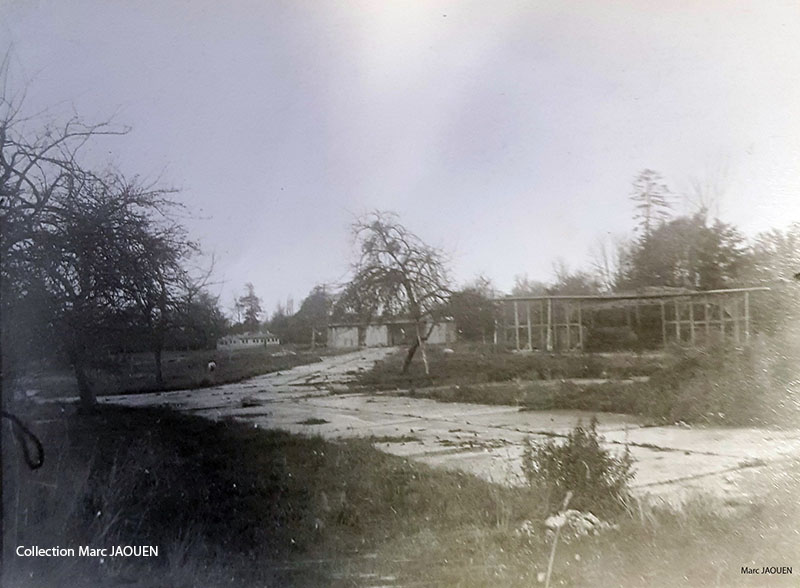 1944 - other view of the hangars just after the liberation of the airfield. (Photo courtesy of Marc Jaouen) 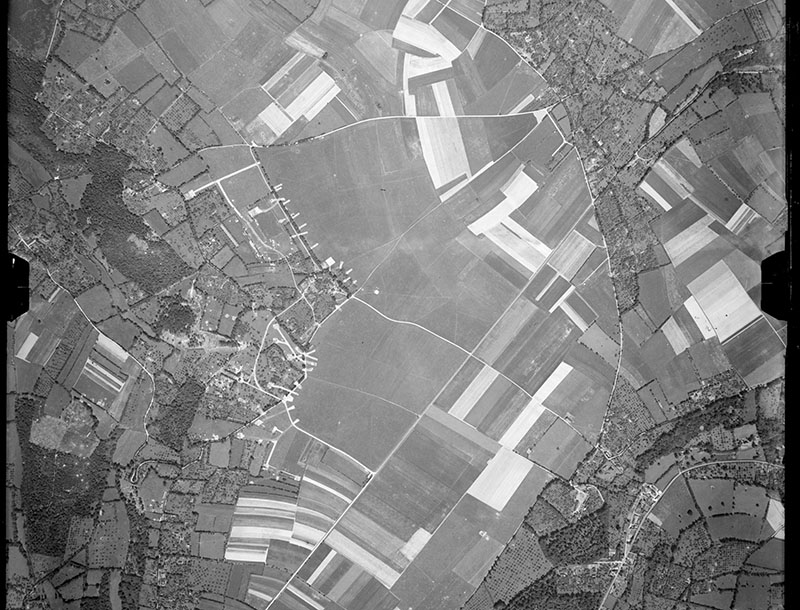 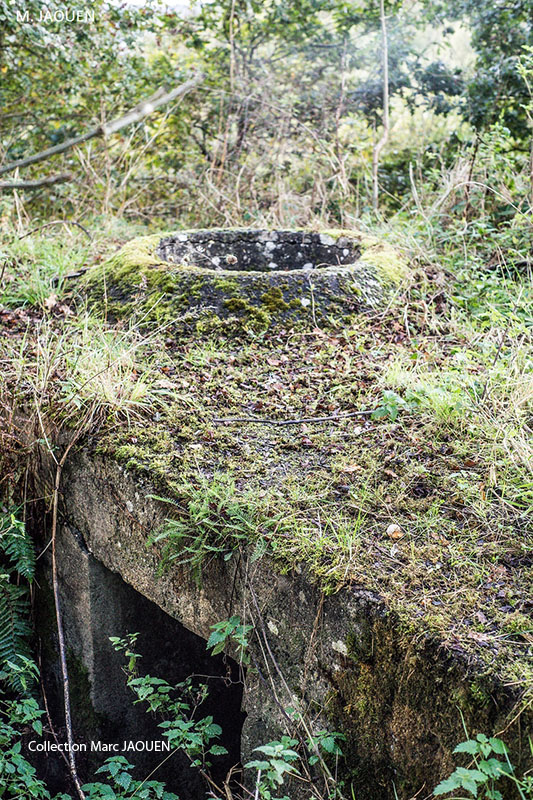 A big thank you to Marc Jaouen, current owner of the land for sending us photo and text documents from his private collection.