Airfield Twatt (RNAS Twatt, also known as HMS Tern) was an airfield in the Orkneys in Scotland
The airfield opened on 1 April 1941. Construction of its 4 concrete runways began that same month. During the war it was used by Royal Navy Squadrons 700, 771, 804, 809, 819 and 822. These units flew Blackburn Roc, Fairy Swordfish, Miles Martinets, Bristol Blenheims, Walrus and Douglas Bostons amongst others.
Twatt was mainly used as a training airfield. As such it saw a number of crashes, some with fatalities. On 30 March 1944 it was decided that Twatt was to be develeoped as the only suitable airfield to disembark squadrons of the Home Fleet. Huge extension plans were develeoped, but they were abandoned when it became clear that the focus of the war effort shifted to the Far East.
Twatt also saw a 'first' for Britain: in February 1945 a 771Sqn Sikorsky R-4 slewed round on takeoff and its tail rotor struck a parked Blenheim.
Both aircraft were badly damaged, the helicopter was written off. The event marked the first helicopter crash in Britain.
Twatt became a reserve station under RAF Lossiemouth until 1949. The airfield was sold off in 1957. 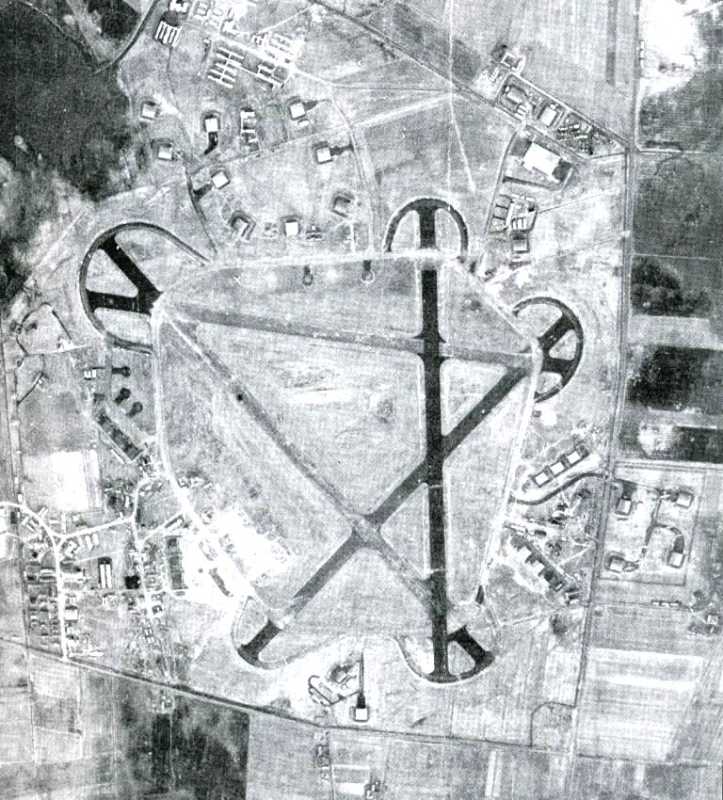 In the early 1970s Britain and Iceland were involved in the 'Cod Wars'. Fear arose that NATO would be requested to leave Iceland as a result. Because of this military surveyors considered Twatt (combined with RAF Skeabrae) as an alternative. The dispute was resolved however, and the plan was shelved.
In the mid-1980s the airfield was considered to redevelop as an helicopter base for oil exploration west of Orkney. The price of oil dropped however and so another Twatt recovery plan was shelved.
In 1986 the control tower was resued from demolition. Demolition charges had already been planted when the Orkney Island Counsil decided to preserve it as the basis for a small museum. The rest of the airfield has been returned to agricultural use. Many of its buildings still remain however, and its runways system remains recognisable from the air. In 2010 the control tower was cleared of debris, boarded up and sealed watertight in preparation for its restauration. 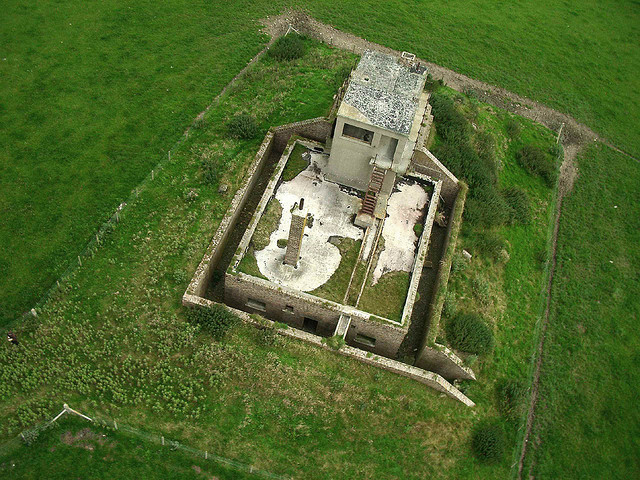 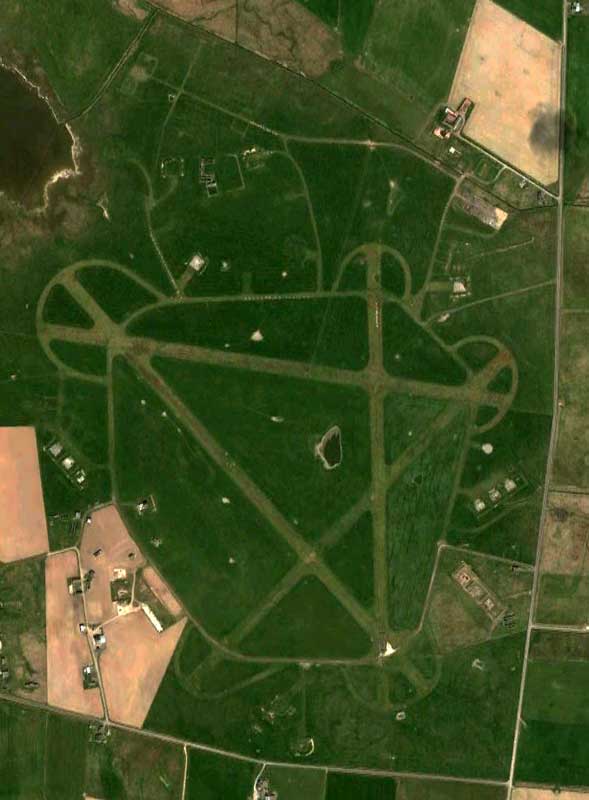 Twatt airfield as it appeared on aerial photography in 2010 (Google Earth).