Ulrichen airfield (German: flugplatz Ulrichen, ICAO: LSMC) was an airfield 80 kilometers southeast of Berne.
The airfield opened in 1942 as one of the Swiss redoubt airfields. It was the highest (in elevation) airfield in Switzerland and operating the Messerschmidt Bf109E. In 1952 and 1953 Morane C-3604s operated from the airfield.
By 1957, the jet powered DeHavilland DH112 Venom operated from the airfield. They remained until 1984, when they were replaced by Hawker Hunters.


Ulrichen was not a 'Cavern airfield', meaning it did not have hangars built into the mountain sides. Instead it had regular Type U-68 HASes. Two were located on the south bank of a river and across a railroad, as can be seen in these two videos.


Ulrichen remained in use for Fliegerstaffel 2 (Hunter) and parts of Fliegerstaffel 22 (Hunter) until 1994. In 1999 the airbase was permanently closed. Sometime in the first decade of the 21st century, the western side of the runway was dug up to form a small lake. Three large (45-50m) sections were taken out of the 24 threshold. What remains of the runway serves recreational purposes for the local communities. A section is in use as a go-cart circuit for instance. Curiously, the taxitracks and hangars all still remain. Being the highest airfield in the Swiss Alps made Ulrichen an ideal location for tests with a VTOL aircraft. For this reason the airfield was partially reactivated in 2009 for test with the BA-609, a VTOL aircraft under develeopment by Bell Helicopters and Agusta.


In 2009 the abandoned airfield was used by Agusta and Bell  to test their BA-609 VTOL aircraft. 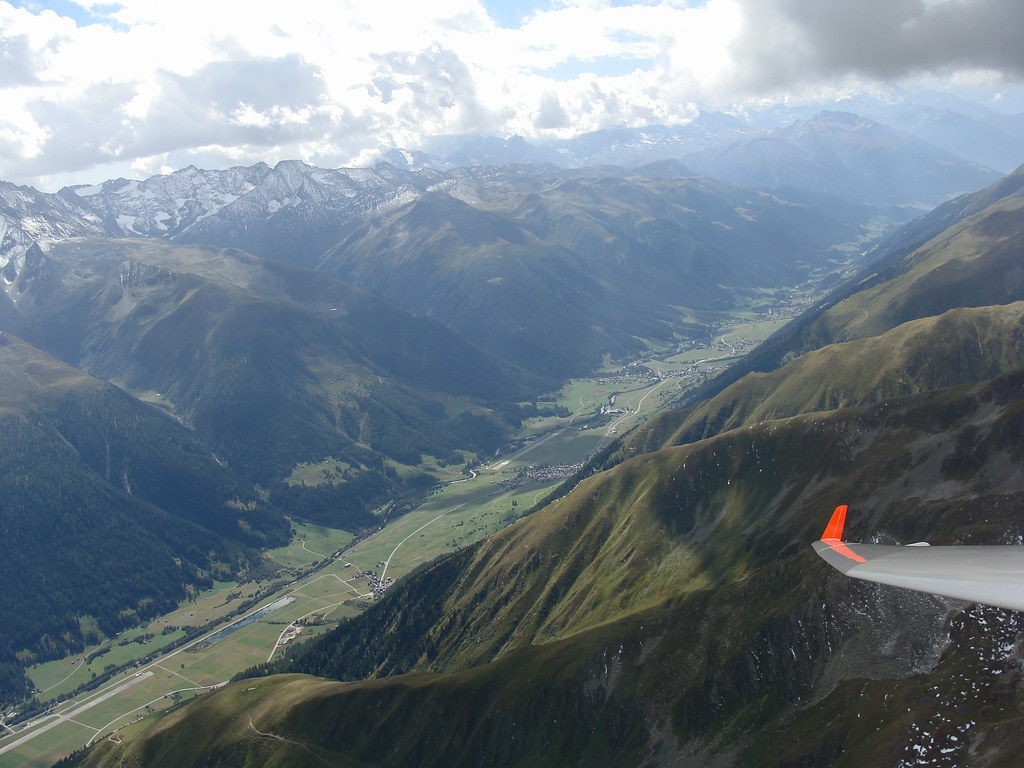 Aerial image of Ulrichen in 2010 (Roland Henz on Flickr)