In 1974, the base served as a staging area for US Army UH-1 Iroquois, AH-1 Cobra and CH-47 Chinook helicopters that were withdrawn from South Vietnam. At times, over 100 UH-1 'Hueys' could be seen at the airfield.

Ursel air base is currently categorised as a reserve air base of the Belgian Defence Forces - Air Component. Despite its millitary owner, the air base is also home of a flying club, who succeeded in getting permission to fly from the air base in 1978.
The NATO reserve status means the air base is a 'bare base' facility: it has two runways, a total of 12 dispersals (6 on each end), and no hangars, logistics or even ATC. 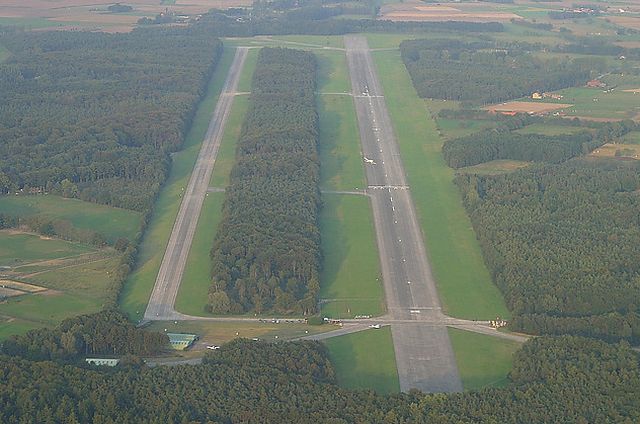 Although the airbase is military domain and formally closed to the public, it is permitted to visit the area around the aeroclub during opening hours. According to Aeropedia.be (in dutch) the local police and military authorities will not write fines when you visit the rest of the air base by foot, unless there are military exercises on the property. Although the air base has a reserve status, the Belgian Armed forces may use the air base with any aircraft they operate, including Hercules and Airbus transport aircraft. Visits are therefore at your own risk!

In 2018 aeroclub Ursel or “vliegclub Ursel” celebrated its 40th birthday, and therefore on 30 June and 1 July the aeroclub organised its yearly spotters event. For the occasion, Belgian Air Force Airbus A321 (CS-TRJ) landed at the small airport, a spectacular sight!