The airfield was built by order of the Lithuanian SSR (a state within the Soviet Union) Council of Ministers in the 1975-1985 timeframe.
It was used for agricultural activities by state-run Aeroflot. It consisted of a small runway, taxiways and two platforms to the north of the runway. After Lithuanian independence the airfield was abandoned. 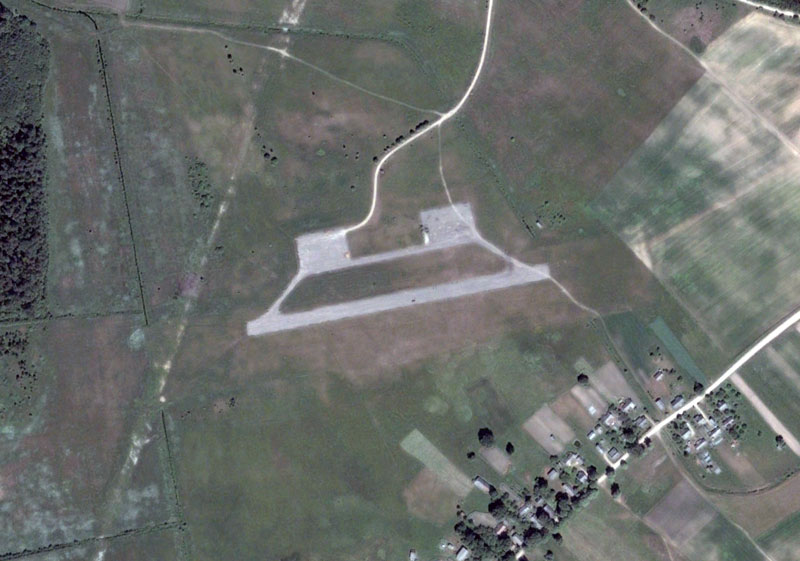 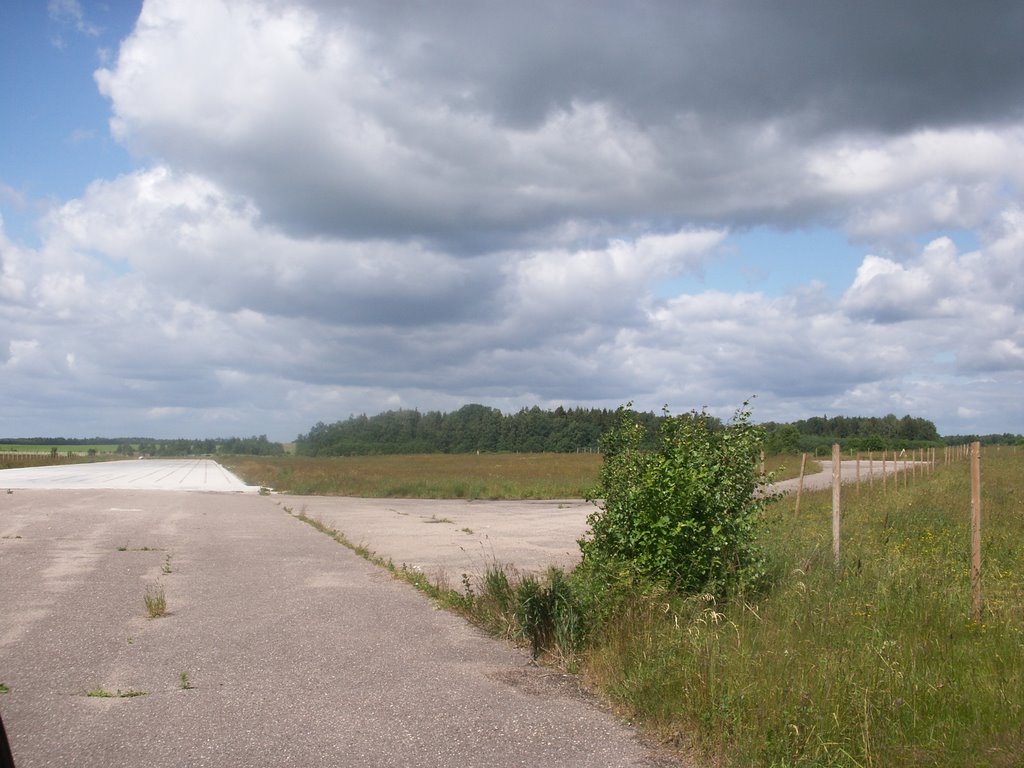 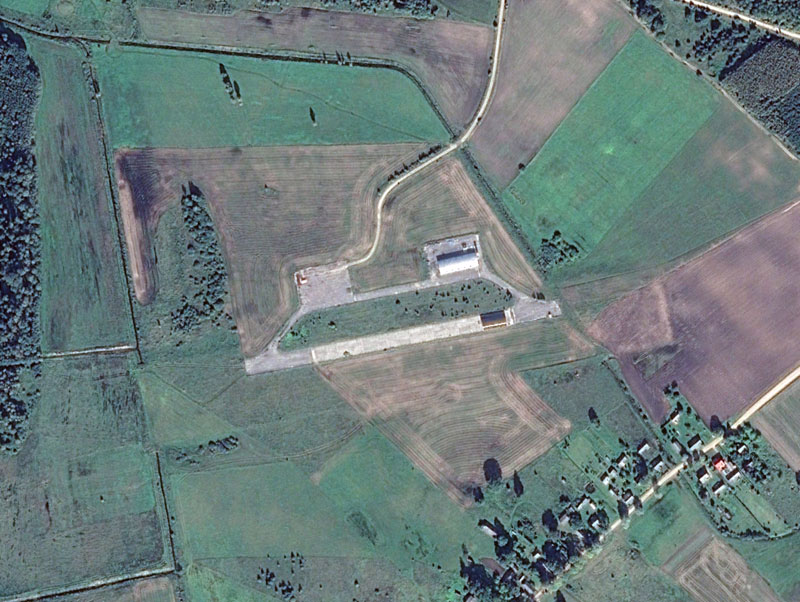