Air field Valga (Latvian: Valka) was a Soviet emergency airfield very close to the Estonian-Latvian bordertown of Valga/Valka in Estonia
It is not known when the airfield was built, but it was listed on a 1974 Department of Defense Global Navigation Chart as having jet facilities.
After the Soviet withdrawal and Estonian independence most of it was converted into farm land. Aerial photography shows a long grass airstrip running NE-SW (05/23?), with a large parallel parking area to the south. Aside from some access roads no further infrastructure could be discovered. 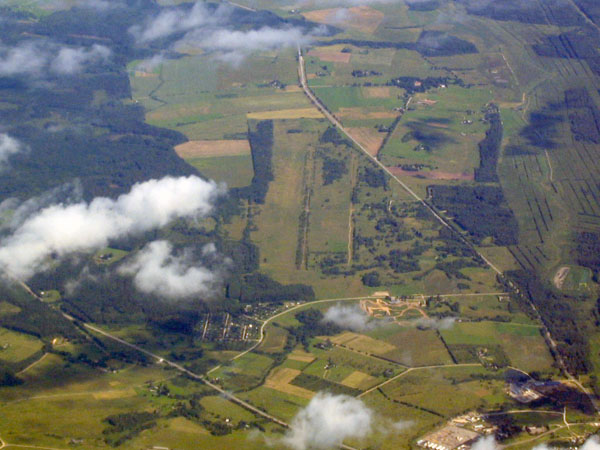 Valga airfield, shot from the Latvian side of the road that forms the border, 2003 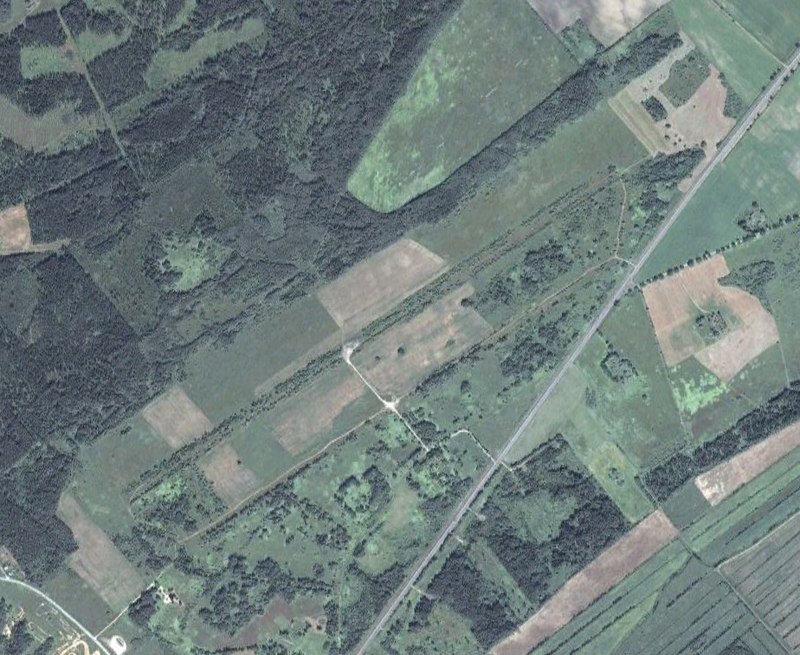 Overview of Valga in 2010 (Google Earth)