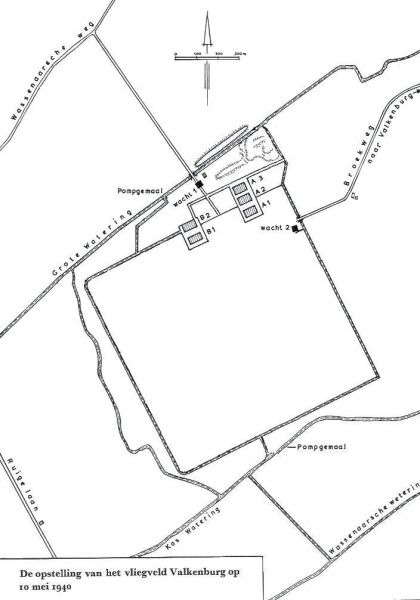 The German invasion airfleet (some 50 Ju-52s) that landed there to capture the airfield sustained heavy losses when their aircraft, stuck in the soft and wet soil, were destroyed by Netherlands fighters and artillery.
During the war the airfields construction was continued by the Germans, who renamed it Fliegerhorst Katwijk. They operated Messerschmidt Bf-109 (aka Me-109) and Focke-Wulf Fw-190s from the base, but only for short periods. 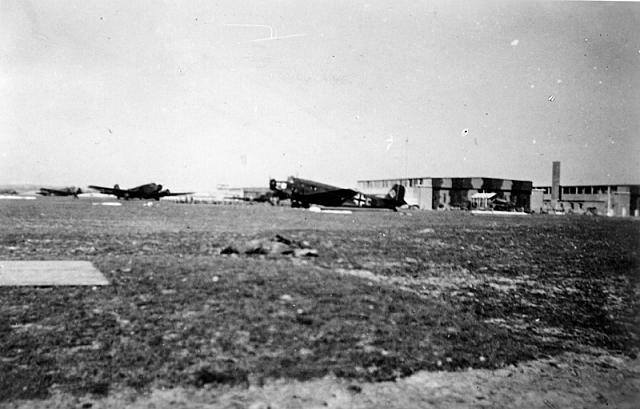 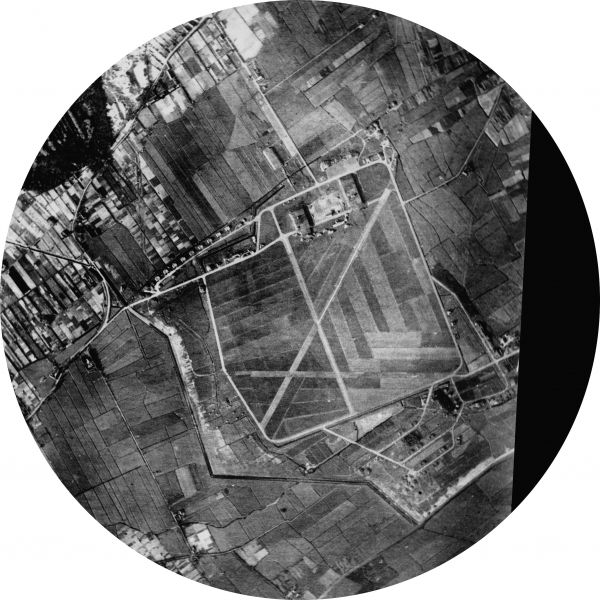 In May of 1945 the airfield was used as a dropzone for Operation Chowhound. Chowhound was the US part of a joint RAF/USAAF effort to bring food between 29 April and 7 May to 3 million Dutchmen (including a child we came to know as Audrey Hepburn) that were suffering a famine. Ten B-17 Bomb groups of the 3rd Air Division of the USAAF flew 2200 missions to designated dropzones, sometimes flying as low as 400 feet. 2268 sorties were flown by USAAF, staring 1 May, delivering 4000 tons of food, including K-rations. Although they were not considered combat sorties by the British and American High Command, they were still dangerous. Nobody was really sure what the German FLAK positions would do if they saw the temptingly slow and low flying bombers.


Some explanation and footage of B-17s flying low (around 400feet) over Holland in May 1945. It must have been a scary (albeit rewarding) mission for the crews, which were more used to their operational altitudes around 18.000feet. You can read more about the Chowhound food drops here.

When Allied forces finally liberated Holland the airfield was pressed into service by the RAF, who used PSP-plates to reconstruct the damaged concrete German-built runway in just a few days.
When the RAF left, the Netherlands Air Force took over the airfield and based a transport squadron (1TransVA) there. In October 1947 however the base was transferred to the Royal Netherlands Navy (Dutch: Koninklijke Marine) and renamed Marinevliegkamp Valkenburg

In February 1953 the airfield played an important role in the relief effort for the flooded province of Zeeland, hosting hundreds of relief flights.
The final RNLAF unit, a transport squadron, left the base in 1957, leaving the airfield exclusively to the Marine Luchtvaartdienst (MLD, or Naval Air Service).
In 1959 a new runway was taken into service. 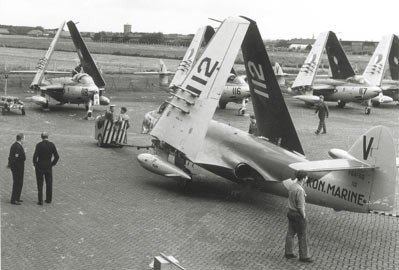 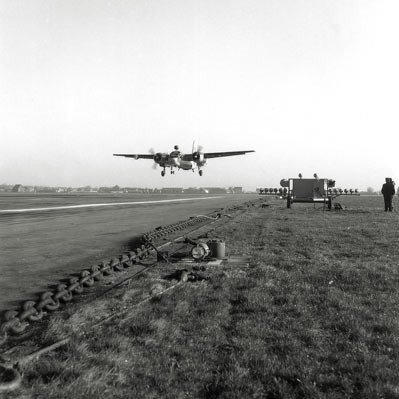 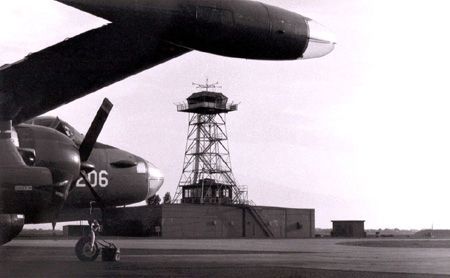 When the Netherlands government bought 13 P-3C Orions it became necessary to start an intensive modernisation programme for the airfield. A new control tower, new runways, taxiways and new hangars were erected. The first Orion arrived in July 1982.
After Air Base Ypenburg closed in 1991 MVK Valkenburg became the official gateway for foreign VIPs visiting the Netherlands 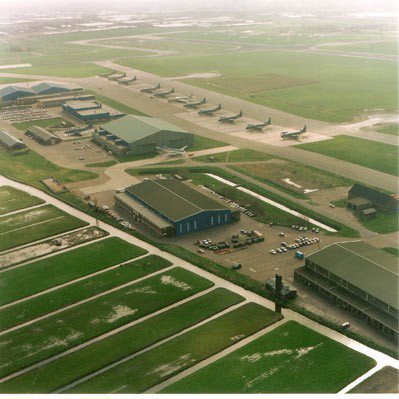 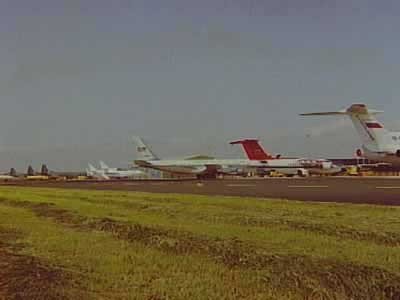 Three foreign VIP aircraft at Naval Air Station Valkenburg in 1995. Recognisable are a Russian Tupolev, a British BAe-146 and an American Boeing 707, while several smaller business jets and MLD P-3 Orions fill the rest of the flightline (NIMH). 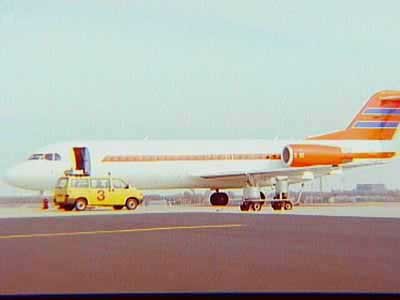 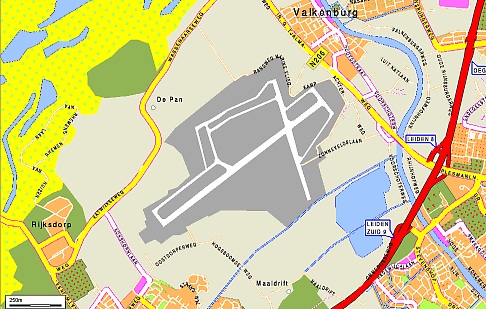 Undated map of Valkenburg, presumed to be late 1980s, via Peter van Kaathoven.

In a weird twist of fate, the German military were the first AND the last military to use Valkenburg.
After a long but not very in-depth debate about specialising roles within NATO after the Cold War ended, the Netherlands government decided to sell it's P-3s to other countries. The role of the Dutch MARPAT, it was reasoned, could also be fulfilled by the Netherlands larger NATO neighbours, the RAF and the Luftwaffe. 5 Orions were sold to Portugal, who already owned and flew the type. The other 8 were sold to Germany, who were completely new to the type, having flown French-built Atlantics earlier. To allow them to familiarize themself with the Orions Valkenburg became their training base for a period of two years. 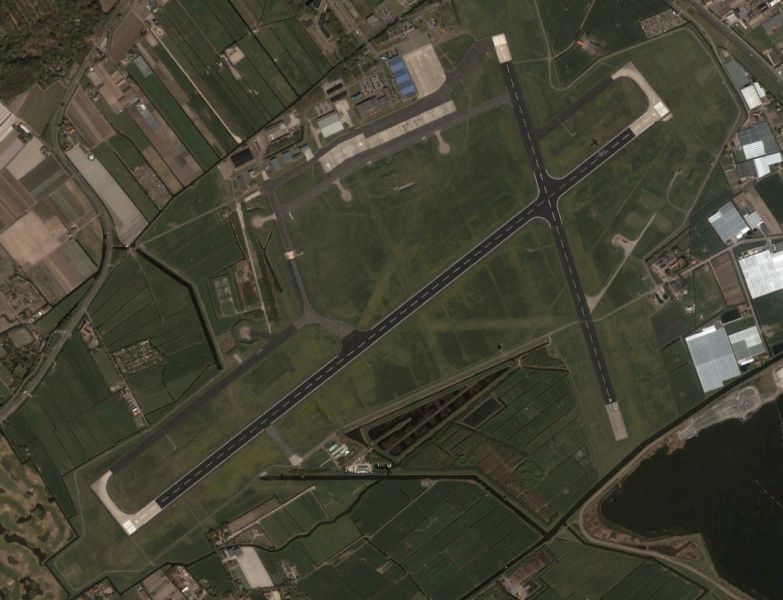 Overview of NAS Valkenburg in May 2003. The shadow of a P-3 Orion can be seen just north of the main runway (Google Earth) 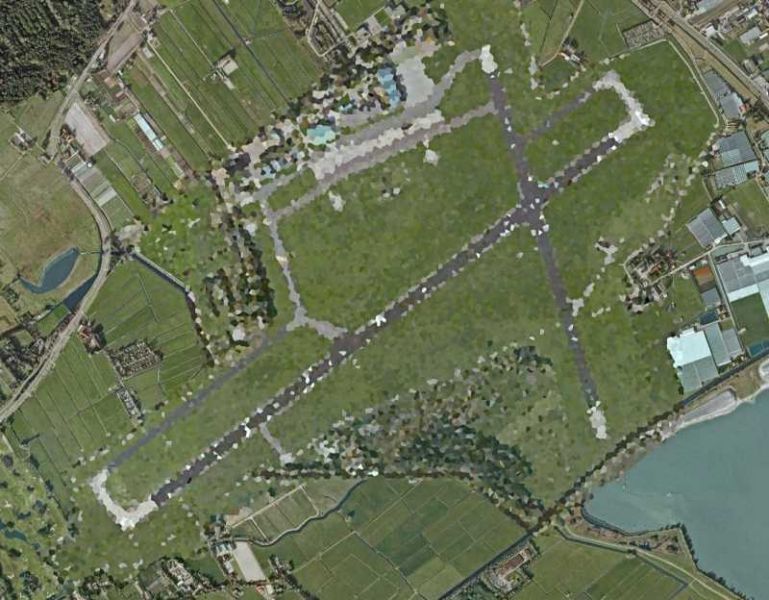 Heavily censored overview of NAS Valkenburg in 2005. Although the Air Station was already known to be closed shortly, and the Orions had already been sold, someone in the military leadership decided that Valkenburg was still a vital military facility, which had to be censored to keep it from getting attacked (Google Earth).

The airbase was closed in 2006, although it could still be used for glider flying.
The airbase is no longer owned by the MoD, but was instead transferred to the Treasury, who intend to sell it. The municipality of Katwijk is a likely candidate to buy the airfield and redevelop it into a residential area. They intend to leave the control tower and surrounding area intact as a memory. One of the hangars was converted into a theatre for the musical verion of 'Soldier of Orange'.
Building was not expected to commence until 2012 and had not even begun in 2013. 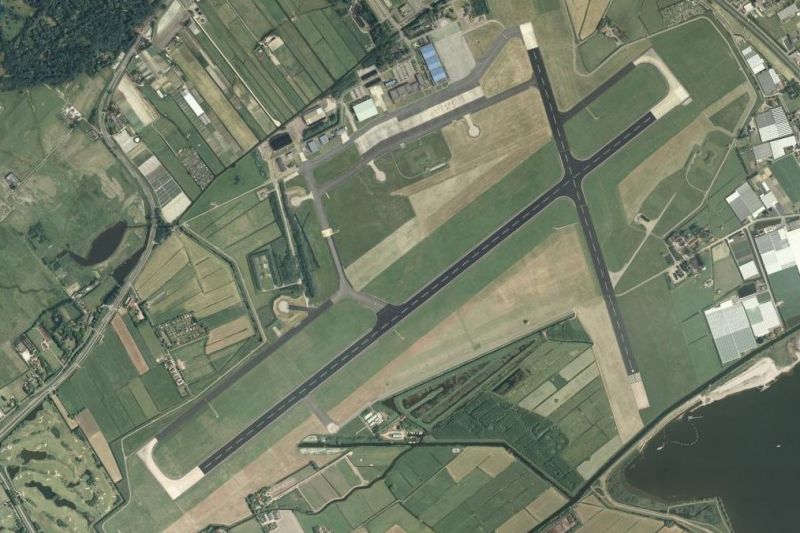 In 2013, the Dutch Dakota Association used the airfield one last time to start a DC-3 to honour the 'Soldier of Orange' play in one of the Valkenburg hangars. In 2014, the airfield was reactivated for use by RNLAF helicopters that were used for security during the world's first Nuclear Security Summit in The Hague. In 2016, a proposal was made to use the airfield as a UAV testing ground. 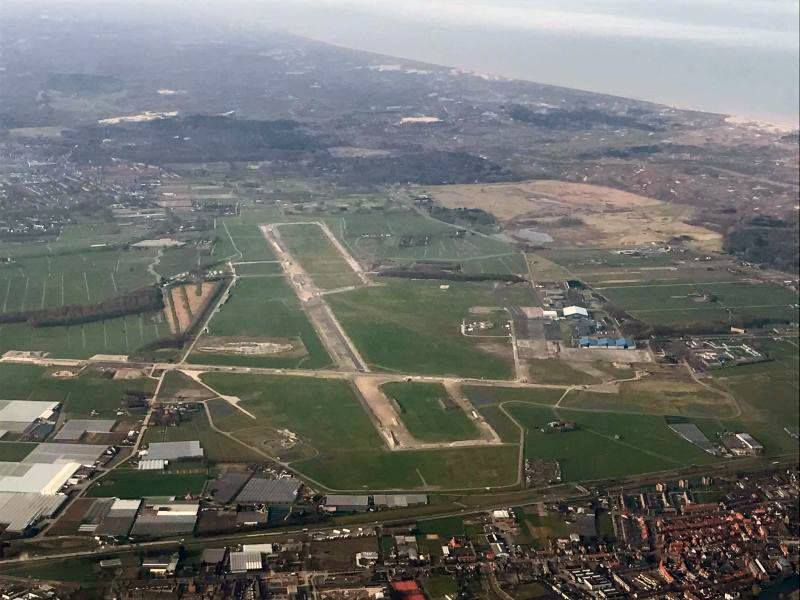 Photo taken in 2017, showing a lot of demolition had already taken place at Valkenburg by that time (Oliver Klumpers, used with permission). 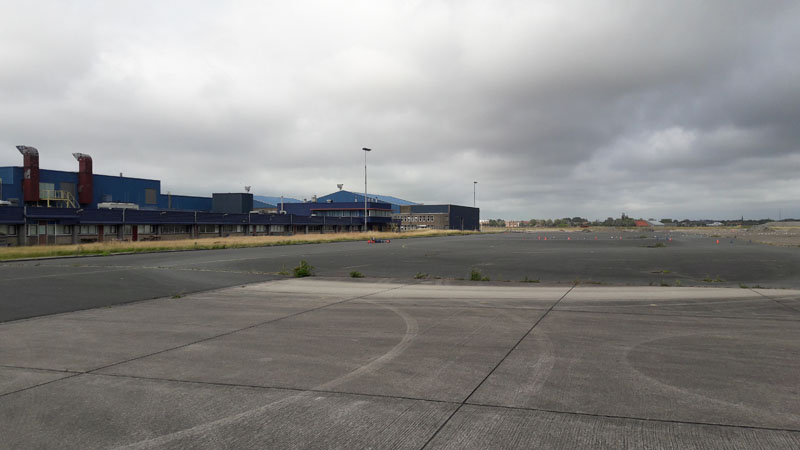 Photo taken at the platform in June 2017. Although the runways had already been torn up, the platform, hangars and control tower still existed (photo RonaldV) 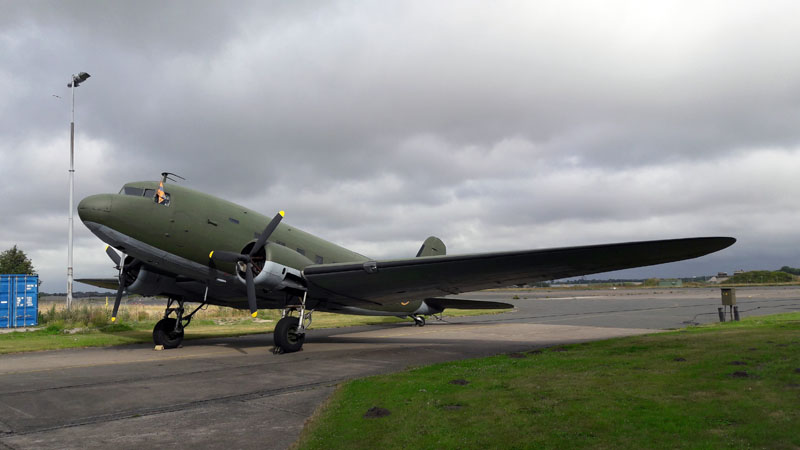 Remarkably, one aircraft is still based at the airfield. Theatre musical "Soldier of Orange" is a Dutch musical production, based on the true story of resistance hero Erik Hazelhoff Roelfzema. The musical has been running in a converted "Theatre Hangar" at the airfield since October 2010 and this Douglas C-47B (originally from the Aviodrome museum as PH-ALR, ex-USAAF 44-76634, ex-RAF KN487, ex G-AMCA) plays a major role in the closing scenes of the show (photo RonaldV).