Air field Vouziers-Sechault (french: Aérodrome de Vouziers-Sechault or Base Aérienne Vouziers-Sechault, also known as Vouziers-Sechault Air Base) was an airfield 210 kilometer northeast of Paris in France
The airfields history began in 1950, when NATO, in the early years of the Cold War, recognised it had several problems when attempting to solve the air power survival equation. Planning for first strike survival in both conventional and nuclear wars had to be considered. NATOs primary operating bases were built on relatively small parcels of land with very limited dispersal space. Therefore it was decided to build dispersal bases away from the primary bases to be used in the event of an emergency (war). Vouziers was selected to be one of these "NATO Dispersed Operating Bases".
No flying units were planned to ever be permanently assigned to Vouziers and it was to be used for dispersal training only. However, it did require the same level of equipment as a standard air base. NATO security personnel were required to control base access, guard equipment, munitions and supplies stored on the facility, as well as prevent vandalism. 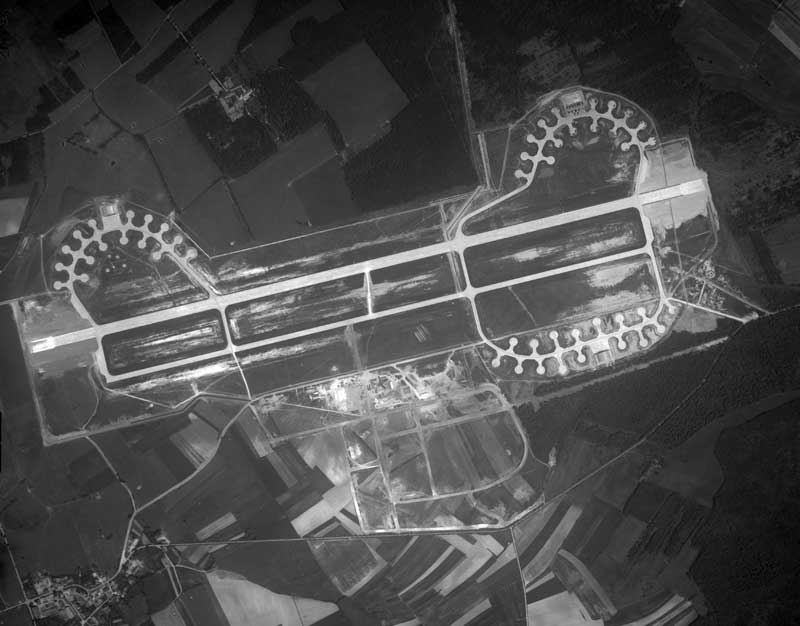 In May 1957 the airfield infrastructure was complete but there was still construction ongoing at the logistics site. The air traffic control tower for instance was not built when this photo was taken (IGN, via geoportail.fr).

Aircraft from the 388th and 49th Fighter-Bomber Wings at Etain exercised at the base from 1957 through 1959. For a brief period of time the Air base was also used by the Canadian Air Force. As a result of Gen. De Gaulles new military policy, the base was deactivated on 1 September 1959 and the facility was maintained by Det #6, 7514th Support Group from Toul-Rosières Air Base until the facility was turned over to the French Air Force.
The French Air Force used the base for years for flight training. Flight operations ended in 1969 however and it was turned over to the Armée de Terre (French Army) as an exercise area in 1972. A year later it was returned to the Armée de l'Air, who based the 15th Engineer Regiment at the airfield. 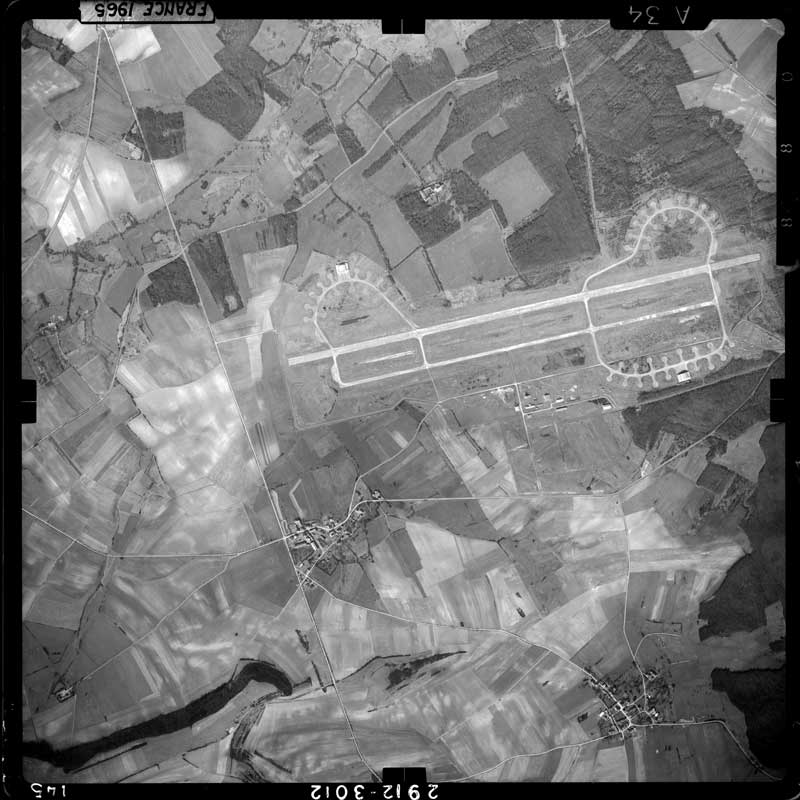 1965 IGN photo of the airfield, which by now was under French control (via geoportail.fr) 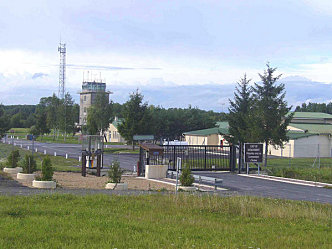 A very small image of the main gate of Vouziers-Sechault with the control tower visible in the back.

Between 1973 and 1986 the airfield was used by both the army (as an exercise grounds) and the air force engineers (french: Génie de l'Air) for a Rapid Runway Repair training facility. In 1998 the took its present form as a facility under the command of Base Aérienne 112 (Reims-Champagne). In December 2008 the airfield once again became a true airfield, when French Cougar Helicopters, German and French C-160 Transalls, Polish C-295 and Italian G222s used the airfield during exercise BAPEX08. Bapex was merged with Volcanex2012, which was held at the base in October 2012. 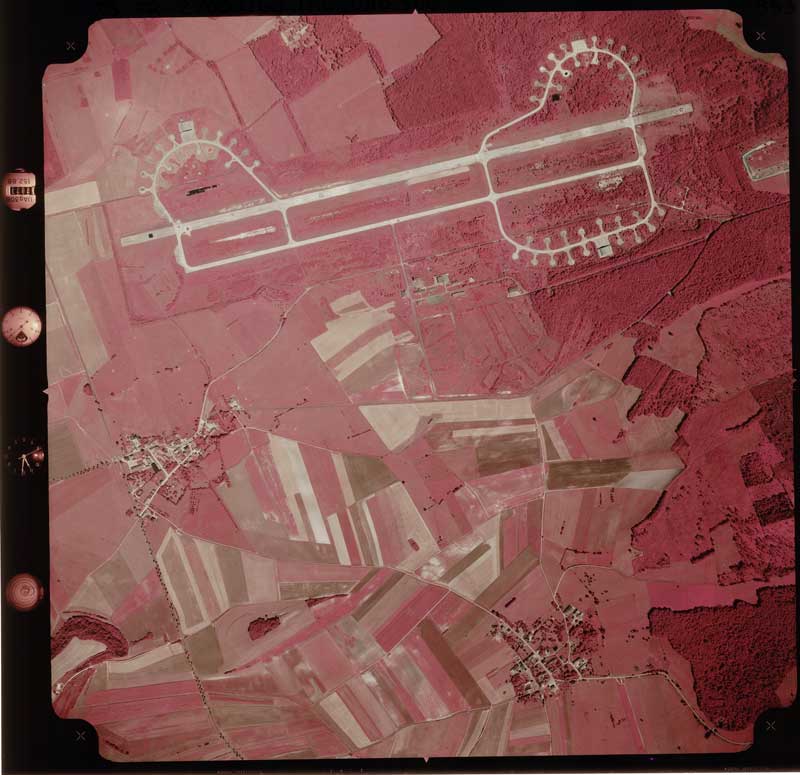 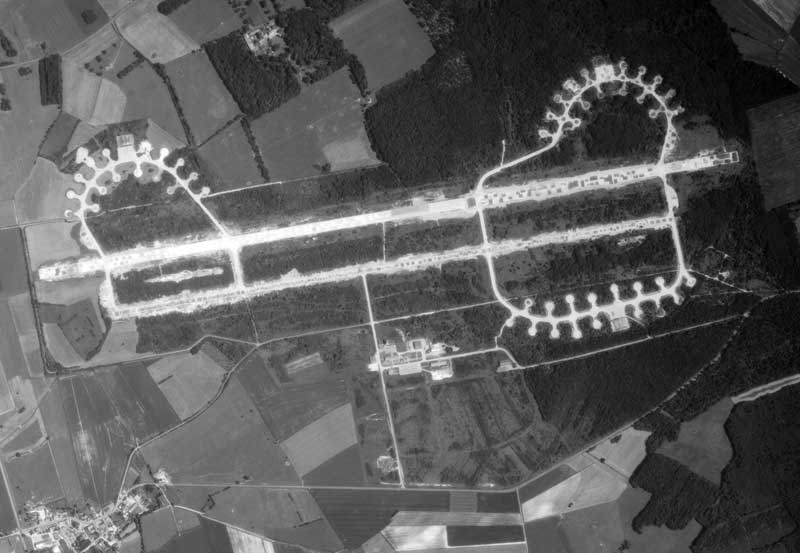 It is very obvious from this 1986 IGN photo what the airbase is actually used for: French engineers learned to repair (battle) dameged runways at the airfield. A very useful skill in an era where much emphasis was laid on runway cratering munitions, which in turn led to the creation of Rapid Runway Repair (RRR) teams in NATO air forces (geoportail.fr). 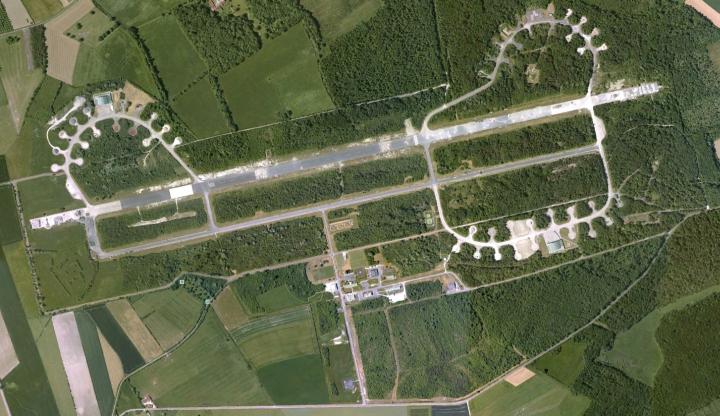 Overview of the airfield in 2005 (Google Earth) Shot of the former airbase taken in January 2005 (source). 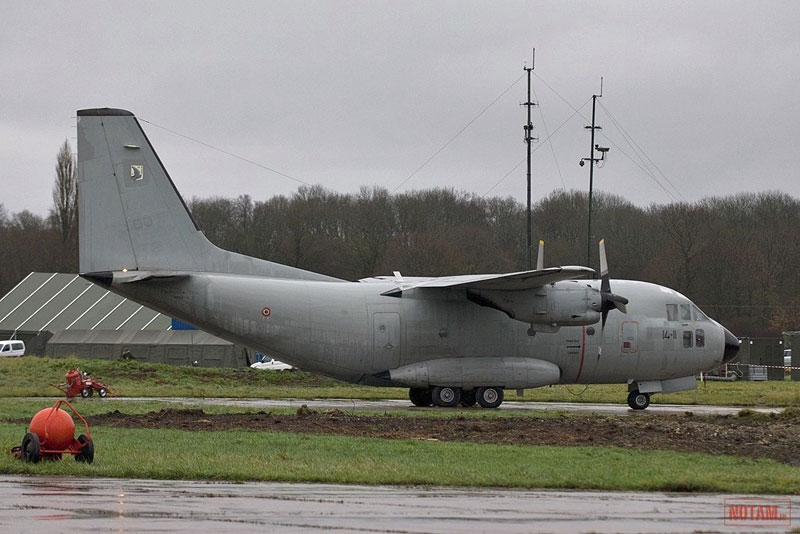 Italian Air Force G222 at Vouziers-Sechault during BAPEX08 in december 2008.