Vught airfield (dutch: Vliegveld Vught or Vliegveld Vucht, also known as emergency landing field (noodlandingsterrein) Vught) was an airfield 85 kilometers south-southeast of Amsterdam.
It pressed into service in 1928s as an auxilliary airfield for the Netherlands Army Air Force. It had no infrastructure and to make matters worse, it was located at the end of a shooting range for the army.
Still, an air fete was held in 1931, drawing a total of 18 aircraft from the Netherlands, Belgium, Germany and even one from the United States! One aircraft, a Koolhoven FK44 registered PH-AJM, flipped over upon landing, leaving the pilot (reserve sergeant A.M. Verstreate) and his passenger (Ms. C. van Liempt of 's-Hertogenbosch) hanging in their straps.

Cover of the program book for the Vught Flying Day on 27 September 1931, organised by the Rotterdam Aeroclub and the national Flying School. The back of the cover said in large lettering "Organisers do not accept any responsibility for attendance of the Flying Day" (Peter van Kaathoven, via email) 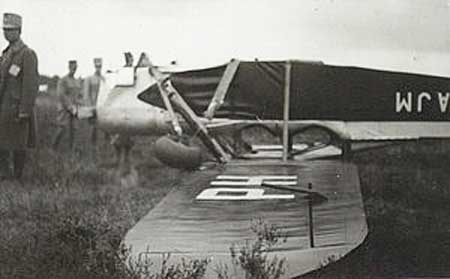 Koolhoven FK44 "PH-AJM" after its unfortunate incident, which not only flipped the aircraft over, but also sheared off the landing gear (Peter van Kaathoven, via email).

A year later, the municipality of Vught wished to expand the 9 hectares large airfield. The mayor began talks with the Ministry of War, the State Forestry Service (Staatsbosbeheer), KLM and the National Aviation School in order to improve "the emergency landing site for military aircraft". He saw an opportunity for recreational and touristic flights during weekends and holidays. But on 12 March 1935 they were stopped from doing so by the Ministry of War. He wrote:
"Such a terrain would only have value to military aviation only, also in times of war, when it is properly fitted out with hangars, shops and fuel installations. Such would not only damage nature, but also the garrisson exercises. As a sidenote I would add that even for just your purposes there would undoubtedly be a need to some equipment."

The early 1930s plan for the enlargement of the airfield proposed to enlarge the existing triangular shape into a square (BHIC).

Plans existed to render the airfield useless upon the outbreak of war by digging trenches. It is uncertain whether that happened though. The invading Germands reconnoitered the airfield on 13 May 1940 and decided not to use it for 4./(H)/21 (4th Staffel of Aufklarungsgruppe 21, with Hs 126 and Fi156). The following day they flew to Molenheide instead. 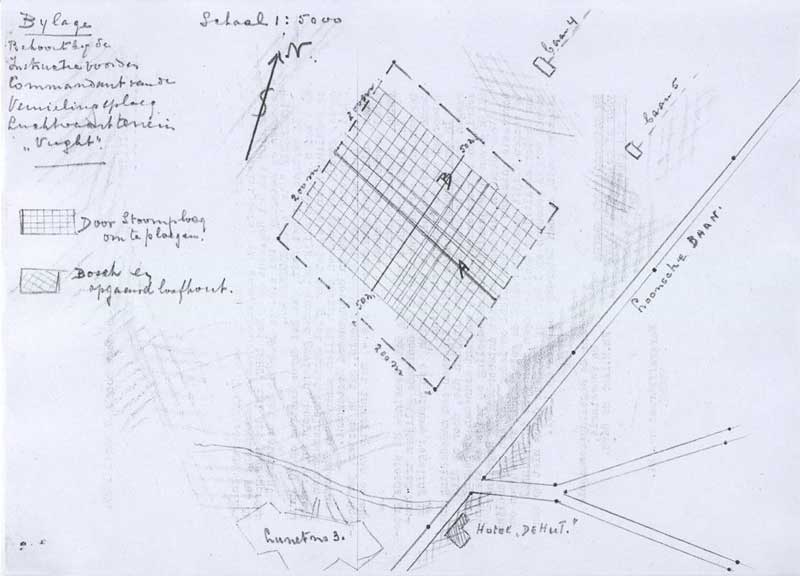 The text in the upper left explains this map, possibly drawn in the fall of 1939 after the general mobilisation of the Netherlands: "Annex belongs with the instruction for commander of the demolition crew aviation terrain "Vught"". The legenda below that reads "to be plowed by steamplough" and "Forest and standing foliage" (Peter van Kaathoven, via email).

After the war the airfield was used by Austers and Tiger Moths. A special guest was Saint Nicholas, who landed at the airfield in a Hiller UH-12B helicopter on 13 November 1954, just like he did in the 1930s. As it is still military domain, it is occasionally still visited by RNLAF Defense Helicopter Command helicopters, although the terrain is now largely grown over with trees. 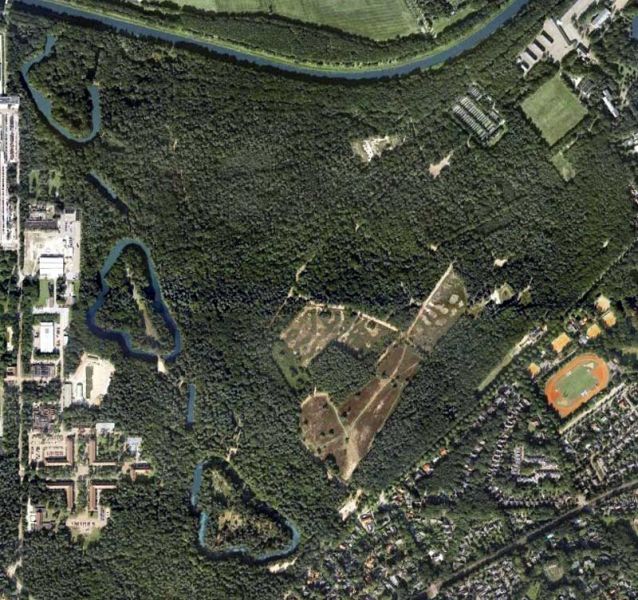