Weelde Air Base (Dutch: vliegbasis Weelde, ICAO EBWE) is a reserve NATO airbase in the province of Antwerp, Belgium.
Although built as a reserve airfield in the early 1950s, Weelde was initially used as an operational field, because the runway at nearby Kleine Brogel suffered from construction flaws. During the 1950s and early 1960 it was regularly used for exercises. From 1963 onwards it was used less frequent, as the introduction of the F-104 meant more support facilities were needed than Weelde could offer.
In 1984 however the base was used for a longer period when Belgian Air Force Mirage III fighters used the air base for several weeks on a deployment exercise. From then on, exercises are held regularly by several units, ranging from fighters to transport squadrons.
In the late 1980s Weelde was designated to become a POMS (Prepositioned Organisational Material Sets) site, but before the site was fully constructed the Cold War ended. The intended POMS site plan was abandoned, and the facilities that were already construed were used to stock surplus Mirage and F-16 fighters and their support equipment. A total of 75 aircraft were eventually stored, pending their sale.

During the 1990s the air base was occasionally used for exercises. Since 1998 it became the site of a biannual exercise involving all flying sections of the armed forces: Jets, helicopters and transportaircraft. The Belgian Air Component also uses the field for the Belgian Air Cadets. And last, but not least, the air field is home to the Kempische Aero Club and the Vlaamse Zweefvlieg Academie. 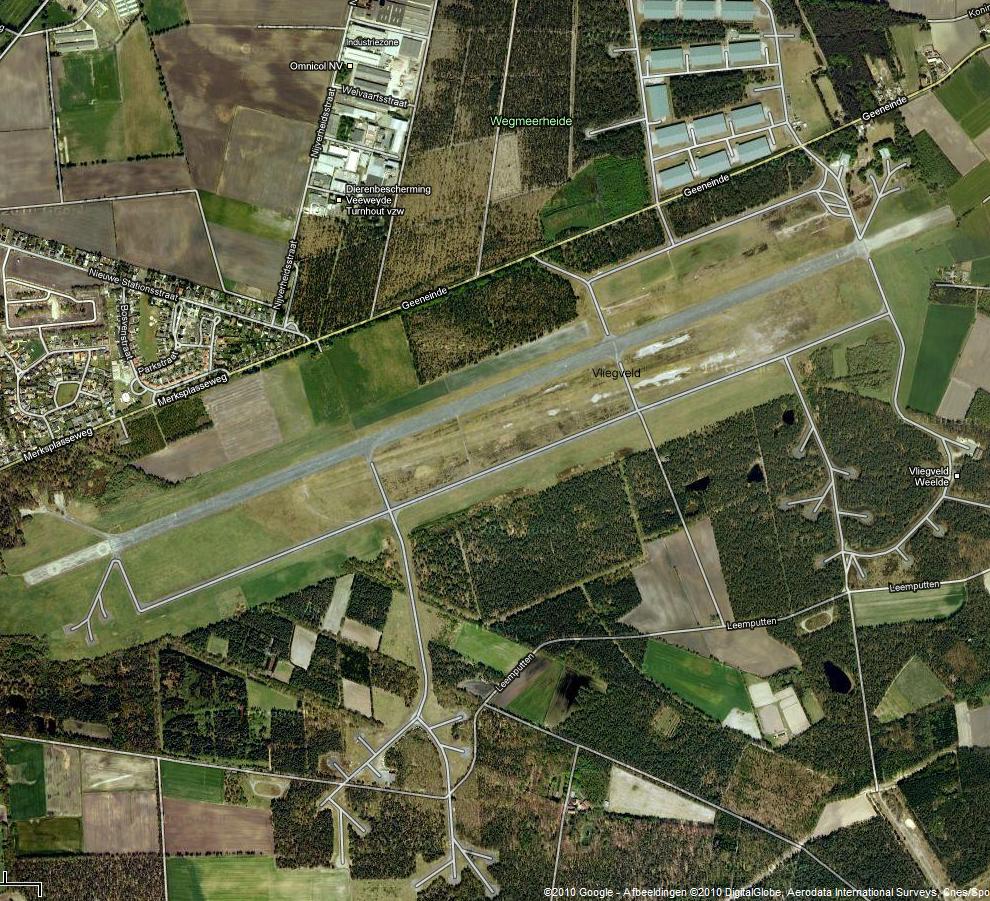