Air field Wendling (better known as RAF Wendling, or USAAF Station 118) was an airfield 150 kilometers/92miles north-northeast of London.
The airfield was built from 1942 and opened in September 1943. It was planned to become a RAF Bomber Command Base, but during construction it was assigned to the USAAF. By doing so it became the most northerly 8th Air Force installation. During construction 20 more aircraft parkings were added to the thirty that were already built. These extra parkings (known as loops) can easily be recognised from the originals (circular parking stands, also known as 'frying pan' due to their shape). The domestic and technical sites were located to the west of the airfield. The Bomb dump and ammunition stores were located to the southeast. 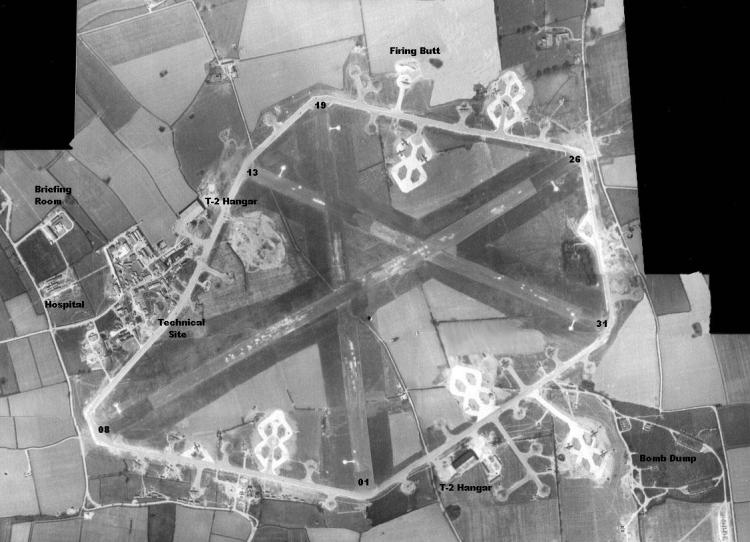 After the airfield opened it became home to the 392 BG (Heavy) from New Mexico. The Group was assigned to 14 Combat Bombardment Wing with three flying Squadrons: 576, 577, 578 and 579, all flying B-24 Liberators. The Groups first combat mission was flown in September 1943. They flew strategic missions against oil refineries, marshalling yards and factories as far away as Berlin. In February 1944 they took part in 'Big Week' and were awarded a Distinguished Unit Citation. In June 1944 the unit became involved in interdiction missions. They began bombing airfields, V-weapons sites, coastal defenses and choke points in France prior to and during the Normandy invasion. From July 1944 until the end of the war they supported troops on the ground by dropping bombs and supplies. On 25 April 1945 the squadrons flew its most remarkable missions. During Operation Chowhound they flew food to starving Dutchmen in what was still occupied territory. The Americans left on 25 June 1945 and RAF Wendling was transferred to RAF Maintenance Command. 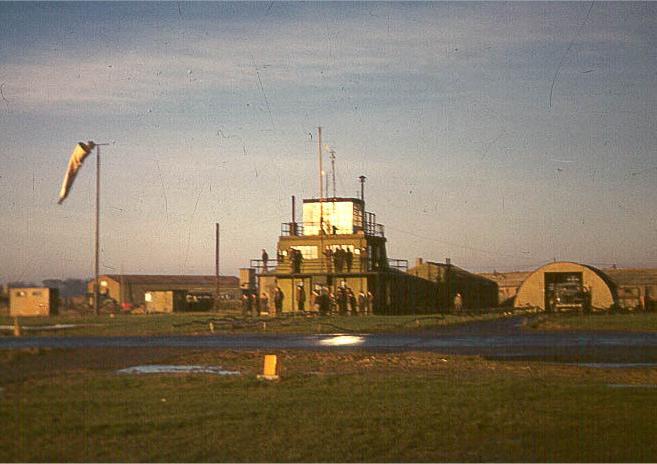 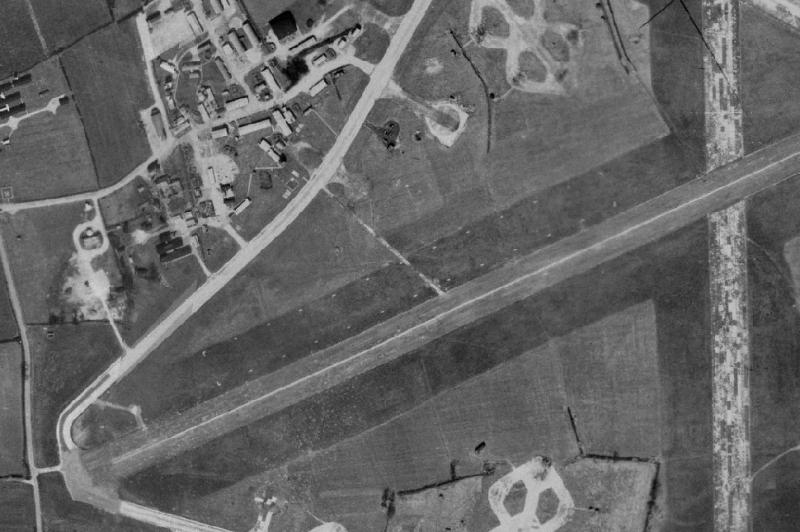 For some time Wendling had a grass airstrip next to the main runway. Here it is visible in a 1948 photo (AirfieldInformationExchange).

For some time it was used as a satellite airfield until it closed to go on Care and Maintenance. RAF Wendling closed permanently as an arifield on 22 november 1961. It was still a military facility though, as the USAF had used it as a radio facility since June 1960. The Americans left in 1964 and it was finally closed and sold later that year.

The new owners converted the airfield into a turkey farm. Large coops were built on the runways. One runway was completely removed, as were most of the buildings and hardstands. Much of the perimeter taxi track was reduced to a single lane road. A granite obelisk monument, dedicated to the men o the 392 BG was erected in September 1945. It stands just off the airfield on the road to Beeston. Some of the buildings survived the times, and are now used on a farm. 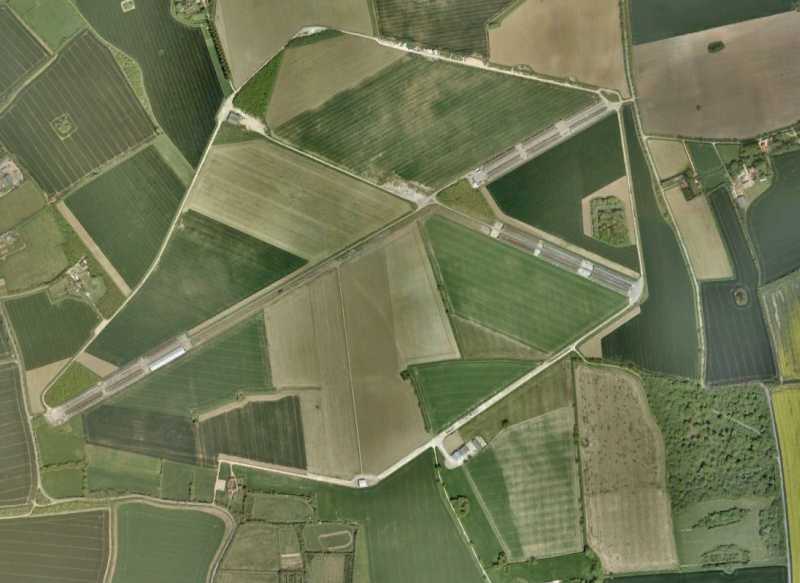