Woodford airfield (also known as Woodford Aerodrome or Manchester-Woodford Aerodrome - ICAO: EGCD) was an airfield 245 kilometers north-northwest of London.
The airfield opened in 1924 after aviation pioneer Alliott Verdon-Roe (A V Roe) bought farmland for his Avro aircraft company to move their aircraft assembly and test flying facilities from Alexandra Park Aerodrome in south Manchester.  Originally, the airfield only had a small grass landing area with several temporary hangars. Briefly, the Lancashire Aero Club also used the airfield in the 1920s, until they moved to the new Barton Aerodrome. At woodford, they used a converted farm building as a clubhouse and a 'Dutch barn'-style steel-framed hangar originally built for A V Roe around 1927. In the late 1930s, the airfield was upgraded with hardened runways and the main runway was also extended to the east. To allow for expected vast expansion of aircraft production, increased factory space was constructed, particularly at the northern edge of the airfield close to Woodford village.
During the Second World War, Woodford was the production site for the the Avro Lancaster bomber and the Avro Anson. 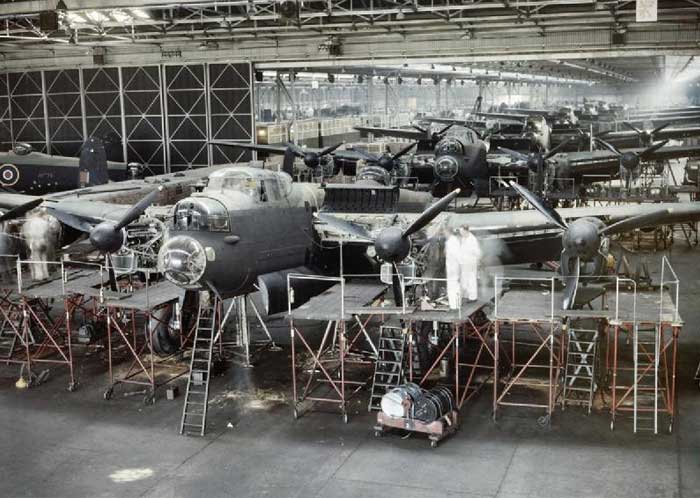 In 1945, Hawker-Siddeley bought Avro Canada. Avro continued to be used as the operating name at Woodford, but it had become a subsidiary of the Hawker Siddeley Group. The Avro brand was used only for trading purposes. After the company was absorbed into Hawker Siddeley Aviation in July 1963, the Avro name was no longer used. On 29 April 1977, the Woodford plant and airfield were taken over by British Aerospace (BAe), which was formed as a result of the Aircraft and Shipbuilding Industries Act. The Act meant that Hawker Siddeley Aviation and Dynamics was nationalised and merged with British Aircraft Corporation (BAC) and Scottish Aviation into the new company BAe.
Woodford became part of BAE Systems as a result of the merger between BAe and Marconi Electronic Systems (MES) in November 1999. The aerodrome and factory became known as BAE Systems Woodford. 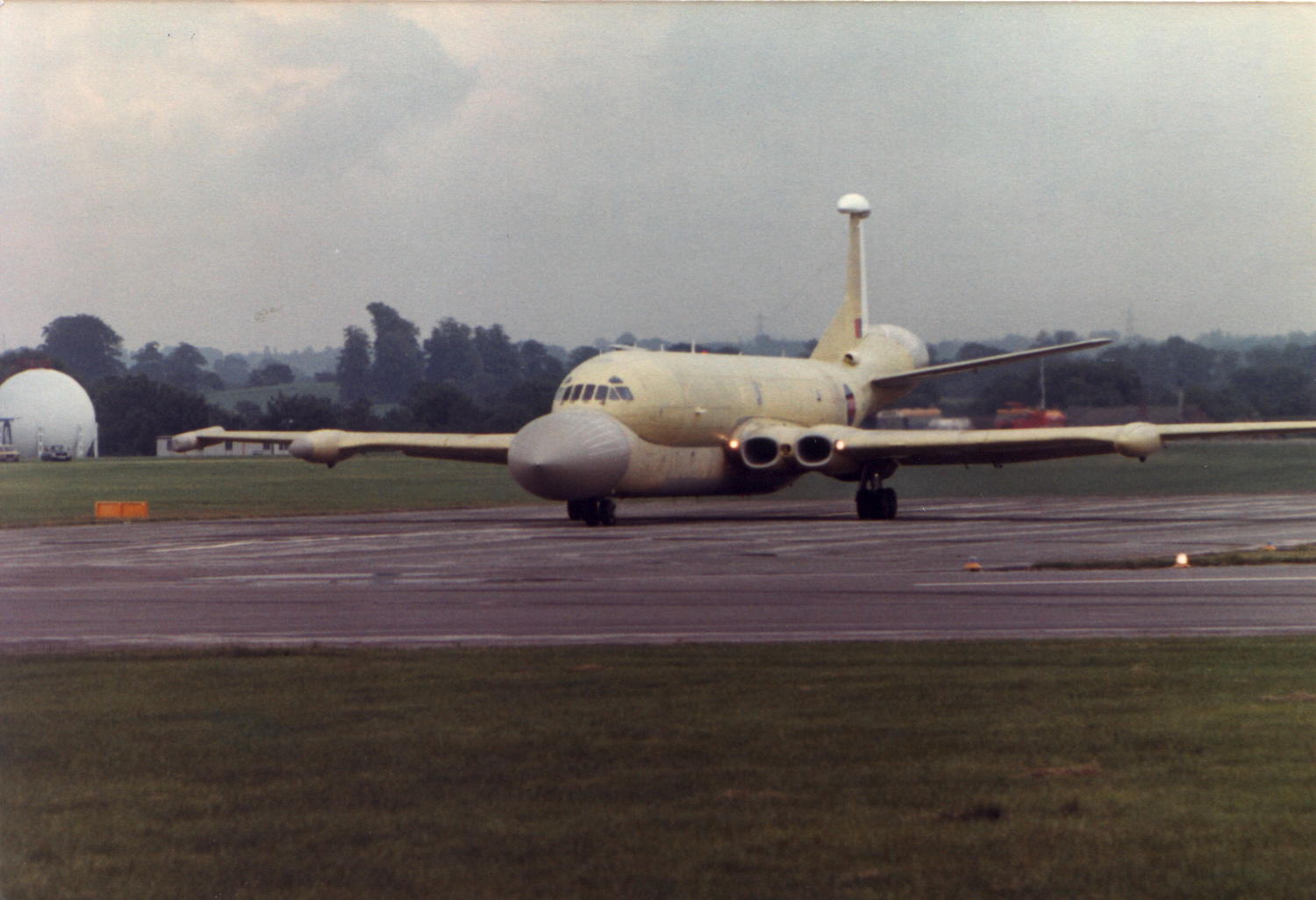 The failed Nimrod AEW3 was also a Woodford product. Here, aircraft XZ283 was photographed after an air display on 25 June 1983 (Robin Edridge) 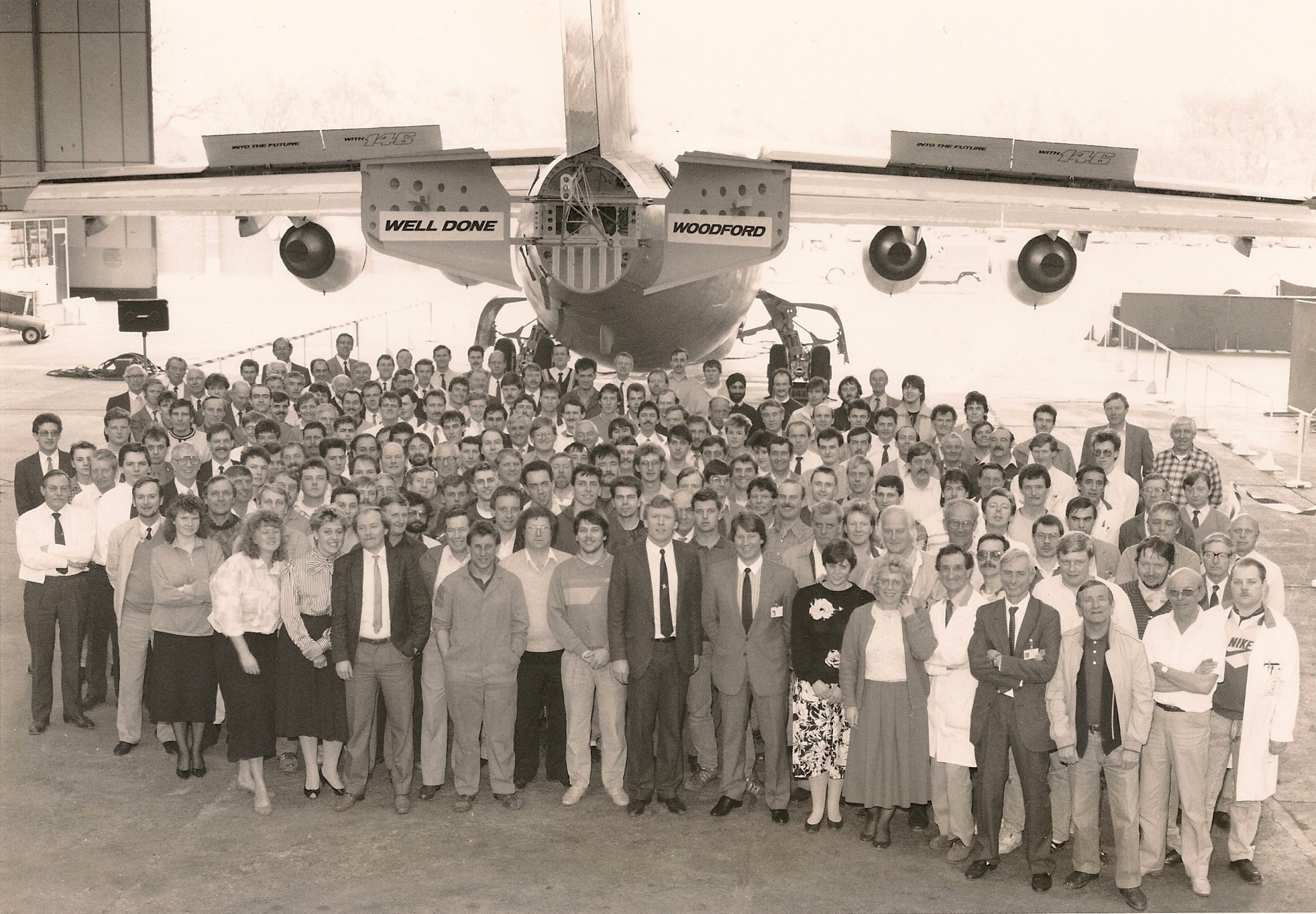 Aerodrome chart of EGCD in the early 21st century

In the early 21st century, it was envisaged that the plant and airfield would close after the completion of the Nimrod MRA4 project, then planned for 2012. However, the MRA4 project was cancelled in late 2010. The airfield was closed as an active airfield on 25 August 2011 and sold to Jo Bamford, the heir to the JCB fortune, in December 2011.

At some point near the cancellation of the programme, CarlJackDaniels went to Woodford to photograph Nimrods at the airfield, of which these two appeared to me more or less complete: ZJ516 and ZJ518 (carljackdaniels.com).

Over the decades, Woodford had been the production site for 20,000 aircraft, many of them iconic British aviation designs such as: 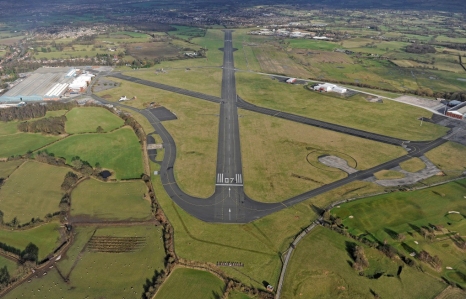 The control 'tower' at Woodford in 2013 (Stockport Counsil)

Richard Flagg shot this photo of Woodford on 18 April 2014 (airfieldinformationexchange).

Demolition of the airfield began in January 2015. In May 2015 an article with many photos appeared in the Manchester Evening News on the progress of the demolition. Woodford aerodrome was to make room for the construction of 920 homes. The new Avro Heritage Museum, located inside the aerodrome’s old fire station, was set to open in August 2015. Exhibits there include a Vulcan bomber and the museum also houses Avro Heritage Trust’s extensive catalogue of aviation history documents. 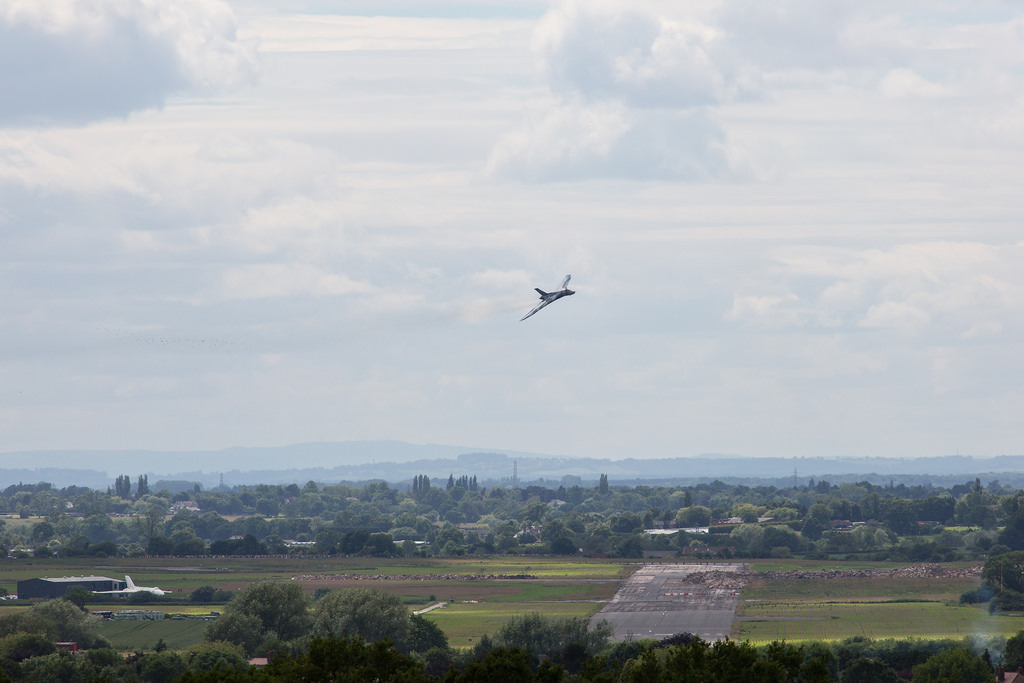 Vulcan XH558 making a last flyby over its birthplace Woodford on 10-10-2015. On the left is white painted Vulcan XM603, part of Woodford's Avro Heritage Museum, on the right the demolition of the runway is in progress.
contact us about this airfield