Zaļenieki air field was an airfield 56 kilometers southwest of Riga, Latvia.
The airfield was built by the Soviet Union in the 1975-1985 timeframe and used for agricultural activities by state-run Aeroflot. It consisted of a small runway, a small platform and a hangar-like building to the south of the runway. 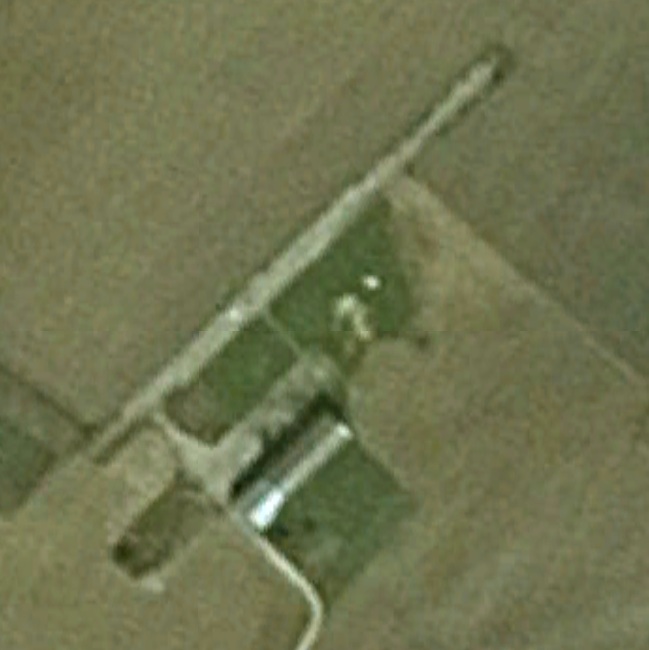 In 2011, Latvian Aviation listed the airfields condition as 'quite poor'. The runway was damaged in several places. Additionally a telecommunications mast had been erected 45 meters southeast of the runway, with guide wires extending right to the side of the runway.
MyAirfields listed the airfield as 'Average - RWY surface still usable, however major obstacles are present', noting the airfield may be used as an emergency backup only.
The airfield is owned by the municipality of Zaļenieki and uncertified, meaning it is officially closed to all taffic.